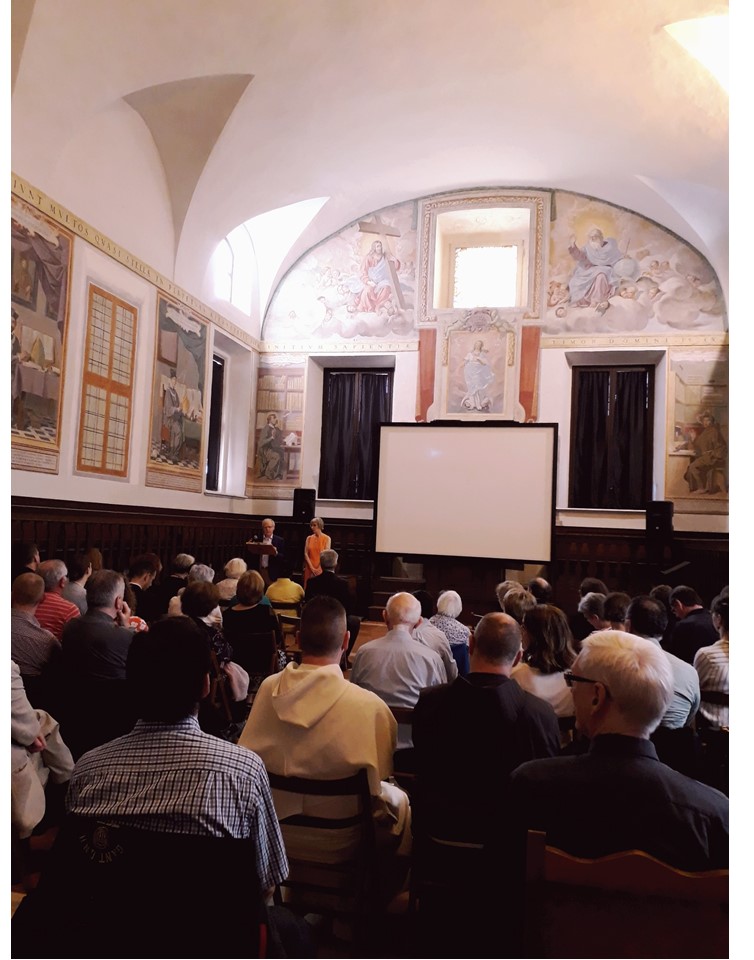 On 6th June the Embassy had the pleasure of hosting a screening of Anú pictures' award-winning documentary film 'The Camino Voyage' in the beautiful surroundings of the Aula of St. Isidore's College Rome.  The audience was moved, some to tears, by the power and beauty of the film which describes an epic 2,500 km modern day celtic odyssey in which a crew including a Writer, two Musicians, an Artist and a Stonemason embark on the Camino by sea, in a traditional boat that they built themselves on an inspiring, and dangerous, 2,500 km modern day Celtic odyssey all the way from Ireland to Northern Spain.   We were priveleged to be joined by the film's executive producers Pádraig and Síle Ó Laighin for this special Italian premiere of the film.