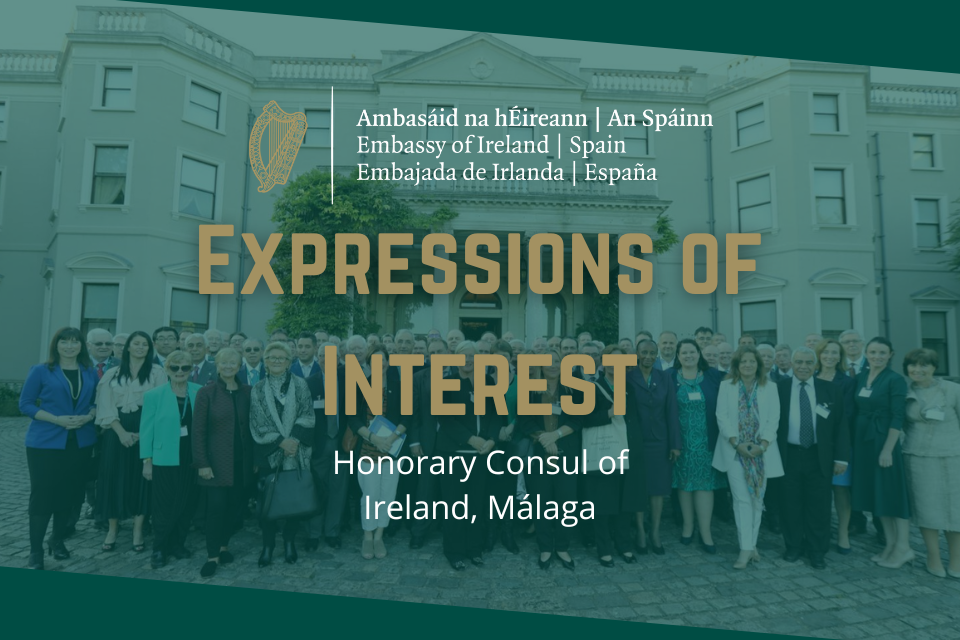 The Embassy of Ireland in Spain is seeking expressions of interest from suitably qualified candidates for the role of Honorary Consul in Málaga. The Honorary Consul in Málaga will help the Embassy in the promotion of Ireland through the fostering of strong relationships in Spain, and will have a partcular focus on providing consular support and services to our citizens abroad.

The role of an Honorary Consul is by definition honorary, and as such is not salaried and does not have pension entitlements. Potential candidates must be legal residents in the region of appointment, and must be fleunt in both English and Spanish. Our ideal candidate will have familiarty with teh Spanish and Irish adminsitrative systems, a strong interest in or connection with Ireland, and an involvement with the Irish community in the region.

If this sounds like you or you are interested in finding out further information, you can consult the full details of the role and how to submit an expression of interest on the Job Opportunities section of our website. The closing date for expressions of interest is 03 February 2023. 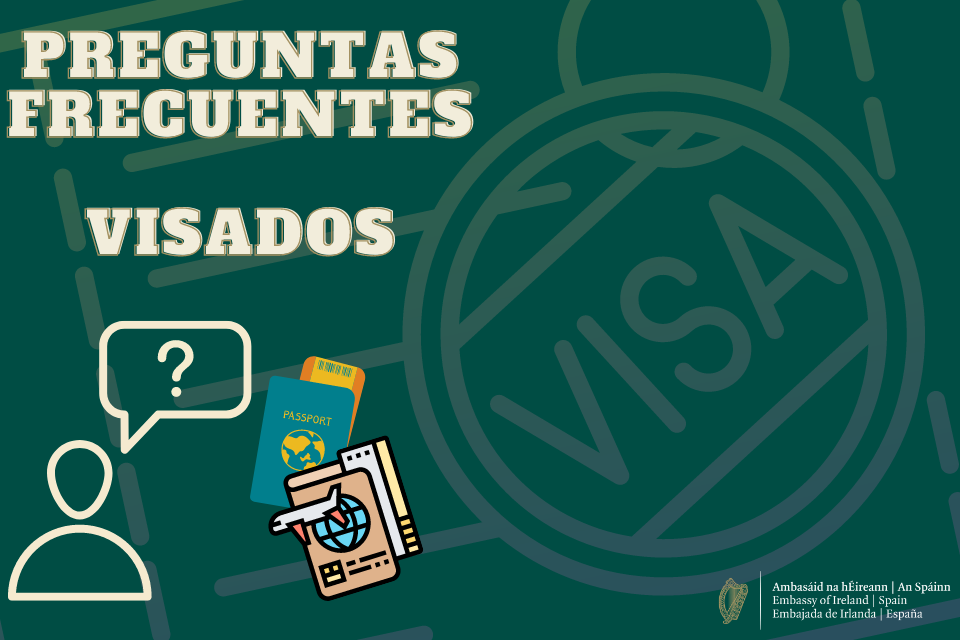 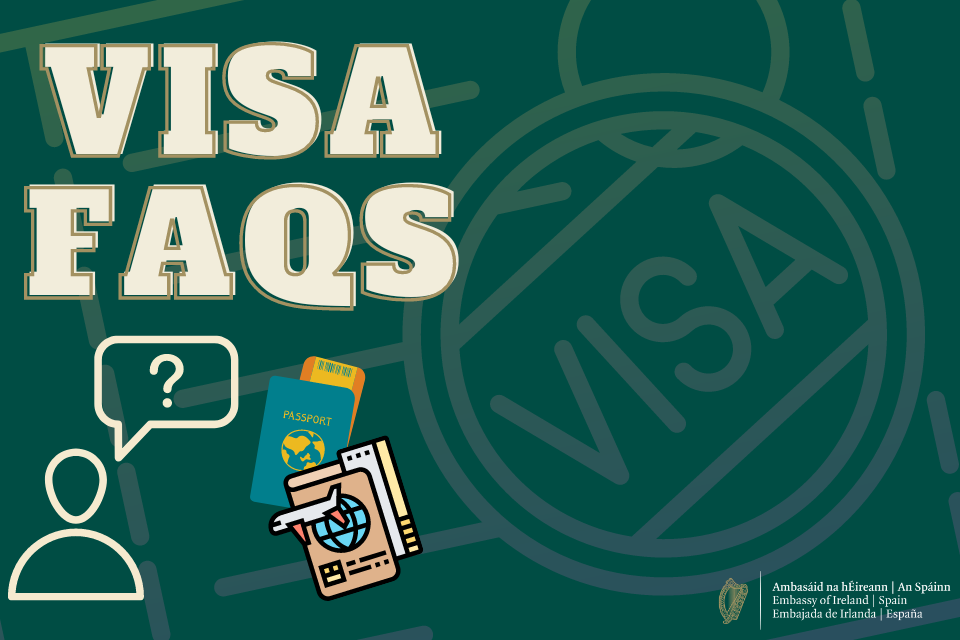 Looking for information on visas to Ireland? Answers to the most frequently asked questions can be found here!

CLOSED Join the Embassy team as a Consular Officer

If you are a graduate interested in working in the field of international relations, we want to hear from you!

Notice: Access to Birth Information in Ireland has changed

Take Part: Conference on the Future of Europe

CLOSED: Vacancy for PA to Ambassador

The deadline for the submission of applications has passed and this competition is now closed.

Tender for the procurement of a service provider to conduct cleaning services at Ireland House, Madrid

Festival season in Spain is in full swing this week, with a number of great events taking place across July.