The Irish in France – Making their Voice Heard

The Irish in France Association celebrated one year in existence by organising the first ever St. Patrick’s Day Parade in Paris on 17 March. The parade attended by several hundred people despite rain and snow started from the beautiful setting of the Irish Cultural Centre and wound its way around the Pantheon. You can get a flavour of the day by listening to this radio report from Radio France International https://soundcloud.com/radiofranceinternationale/st-patricks-day-comes-to-paris

Who are the Irish in France and What do they Want? | A Data-Driven Strategy

“The aim of the project is to try and understand the issues facing emigrants in their host society and to give the Irish in France, who are a largely invisible Irish emigrant group, their rightful place in discussions and policy-making on the Irish diaspora.

This project hopes to shed some light on exactly who the Irish in France really are, what they do and how they are getting on in their daily lives, working and living in a different culture and language.”

The Irish in France Association, which is partly funded by the Emigrant Support Programme, was founded to complement the great work already being done by various Irish groups around France. (Check out the Global Irish Diaspora Directory for a full list.) The Irish community in France is a varied and dynamic group. The goal of the association is to offer Irish people in France a forum where they can not only engage with one another but also make their voices heard as part of the global Irish community. The Association‘s Facebook and Twitter are invaluable “crowd-sourced” resources for information, tips and community news, not just for Irish people already living in France but also for those contemplating a move to France. 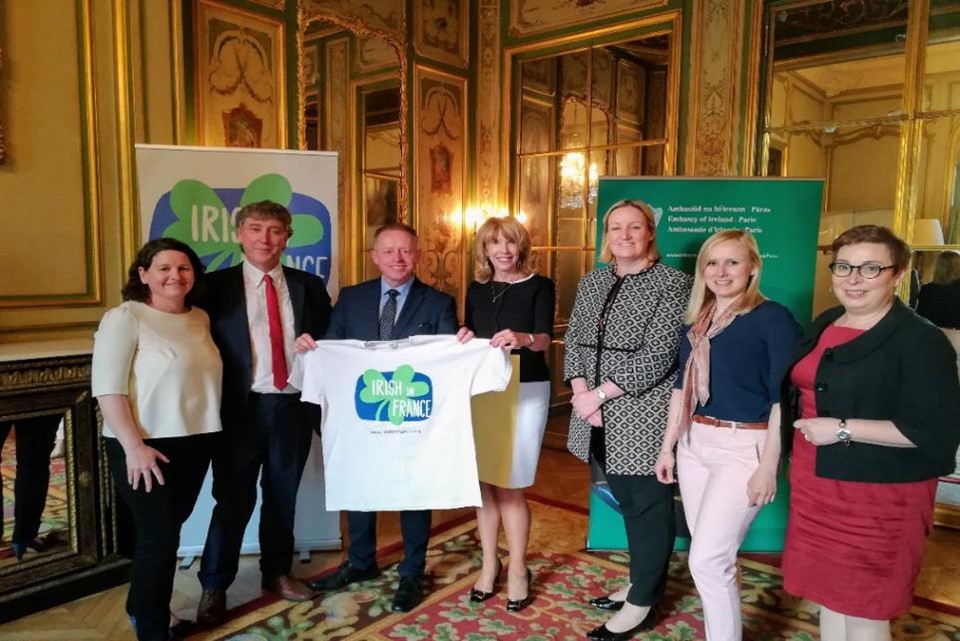 Irish In France Summer Ball | May 26th | Join Us

As well as facilitating the online “Irish in France” community, the association also organises a range of events. Next up  is the summer ball which takes place on May 26th. The ball takes place in central Paris and offers a great opportunity for members of the community to meet each other. Everyone is welcome to attend the ball, even if you are just in Paris for a few days or over for the Ireland-France football match  why not come and join the fun!