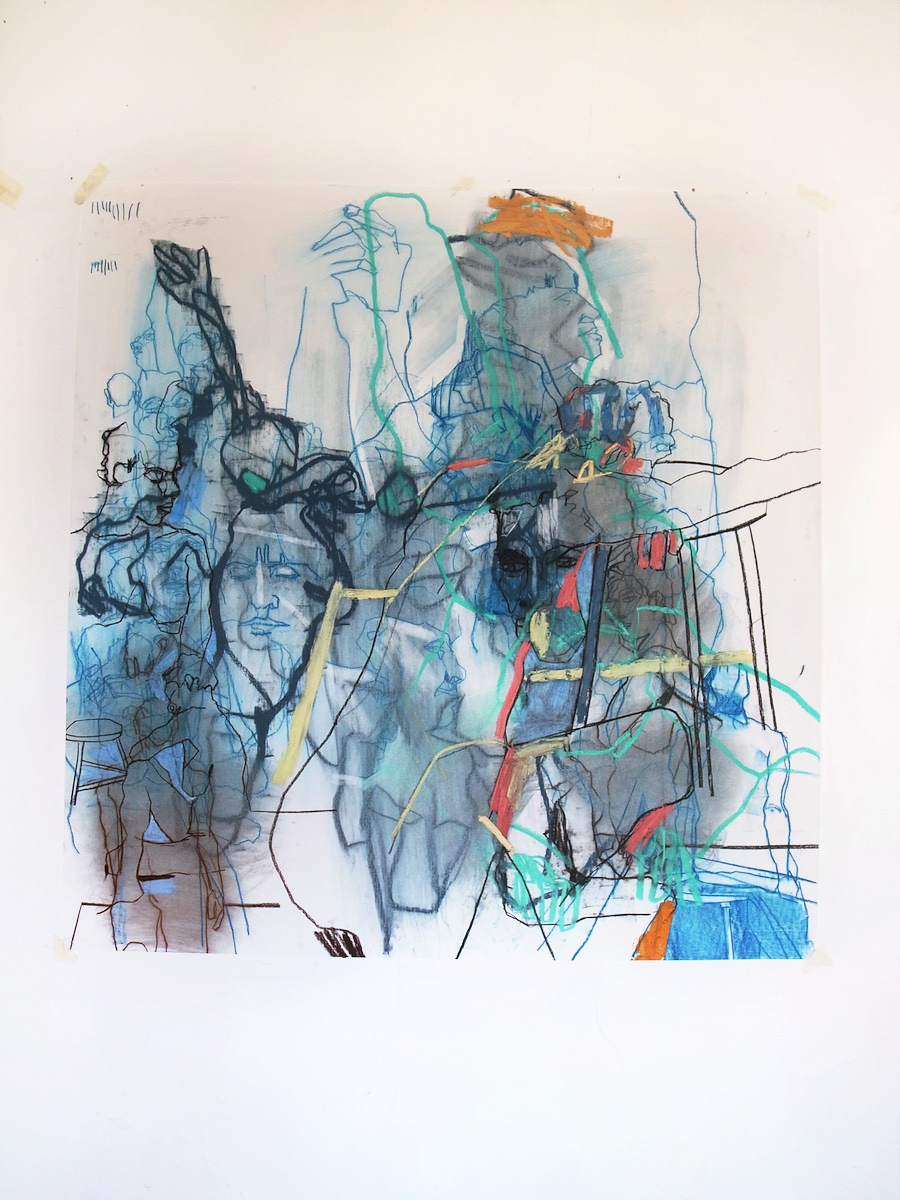 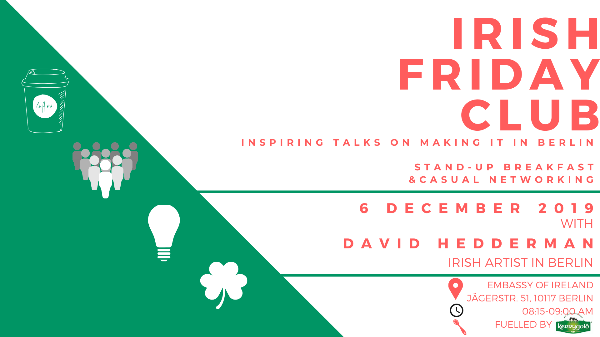 Come to the Irish Friday Club breakfast on 06 December to hear from Berlin based Irish artist David Hedderman.

David Hedderman is an Irish artist, based in Berlin since 2008 who studied Fine Art Painting at the National College of Art and Design in Dublin from 2001 to 2005.

David’s art practise is rooted in figurative drawing and painting and he initially came to Berlin to take space from the comfort zone and to set up an affordable studio to develop and further his practice.  Since that time he has established a drawing community from his studio space, offering workshops and 4 life drawing sessions per week which have become quite popular in the Kreuzberg area of Berlin.

David maintains that it is important for him to stay connected to Ireland, which has seen him over the last 11 years, exhibiting and teaching in Ireland.  He has been included in the RHA group show for the last 8 years and in 2015 he received the Hennessy Craig Scholarship at the 185th RHA Annual Exhibition.   David exhibited a solo show of drawings at the 'Hang-Tough Gallery' in Dublin and very recently exhibited some of his large drawings at the Embassy of Ireland in Berlin.

David has been invited to teach drawing at universities and institutions in Finland (Nordic Art School- Kokkola), Dublin (RHA Masterclass Series and at the Hang-tough Gallery) as well as in France, Rubika, Valenciennes.

In 2017 he was commissioned to write a book about drawing - 'Draw', a graphic guide to life drawing by David Hedderman, published by Ammonite Press.

So come to hear David tell his story while you get to enjoy a networking breakfast with the kind sponsorship of Kerrygold.

The Irish Friday Club is back in December with guest speaker, Irish artist David Hedderman

Brigid is Back- Publishing Workshop with Sarah Davis-Goff

Opinion piece by President Michael D. Higgins On the occasion of the State Visit to the Federal Republic of Germany As published by the Frankfurter Allgemeine Zeitung, 3 July 2019

Press briefing ahead of State Visit

Irish Parent Café meeting at the Embassy of Ireland in Berlin

The Embassy of Ireland in Berlin will be proud to host the artistic O'Kane family of Edward & Joanna, alongside their son David, who will exhibit their artworks on the subject of Flann O'Brien, at the embassy from 07 May.

Taoiseach Leo Varadkar has announced that he will meet with Chancellor Merkel next week in Dublin to discuss a range of issues, including the unique challenges facing Ireland in the light of Brexit.

Join the Embassy of Ireland & Silicon Allee on 5 April for our Irish Friday Club Start-Up Breakfast and meet Dublin & Berlin based Advisable.com who raised €1 million in funding.