On 6 July 2022, the Estate of Seamus Heaney, together with Krakow Festival Office and the Embassy of Ireland in Poland, launched a new Literary Residency at the apartment of the late Nobel laureate Czesław Miłosz in Krakow, Poland. Heaney visited Krakow many times, including visits to Miłosz at his apartment.

The Residency will support an emerging writer, resident in Ireland, with space and time to focus on their writing.  Following an open Call for Applications, the selected writer will undertake a Residency in Czesław Miłosz’s former apartment in Krakow city centre in autumn 2023.  Full details in relation to the Residency programme are now available at the following page: LiteraryResidenciesPoland.pl

“The Heaney-Miłosz Residency creates a wonderful opportunity for an emerging writer to be inspired by one of Central Europe’s most historic cities. The collaboration between our Embassy in Poland, the Heaney family, and the city of Krakow is a fitting tribute to the friendship between these Nobel Laureates, and a strengthening of Irish-Polish cultural relations.”

At the Residency launch in Krakow, Catherine and Chris Heaney (pictured below) spoke of their father’s deep connections with Poland:

“Poland - and the city of Krakow in particular - held a critically important place in our father’s imagination and affections, particularly as the home of his friend and mentor Czesław Miłosz. The opportunity to celebrate their friendship and, at the same time, provide an emerging Irish writer with the creative space to pursue their own work, is something that our father would have been extremely proud of.”

Ambassador of Ireland to Poland, Emer O’Connell, highlighted the importance of the new Residency as a basis for deepening the many existing literary links between Ireland and Poland:

“Ireland and Poland share a love of language and literature. Our hope is that this Residency will not only support emerging writers, but also build further connections between writers in both our countries”.

“As a UNESCO City of Literature, international partnerships form the bedrock of what we do.  Given the enduring friendship between Seamus Heaney and Czesław Miłosz it is a perfect fit that we will celebrate their respective legacies here in the heart of our city of culture.” 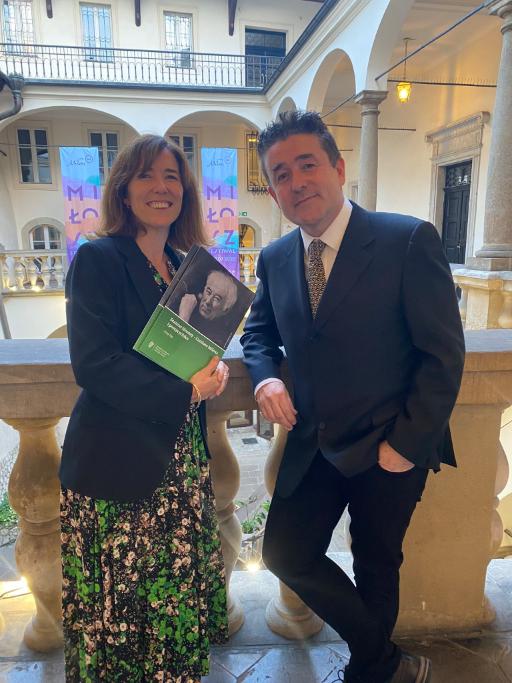