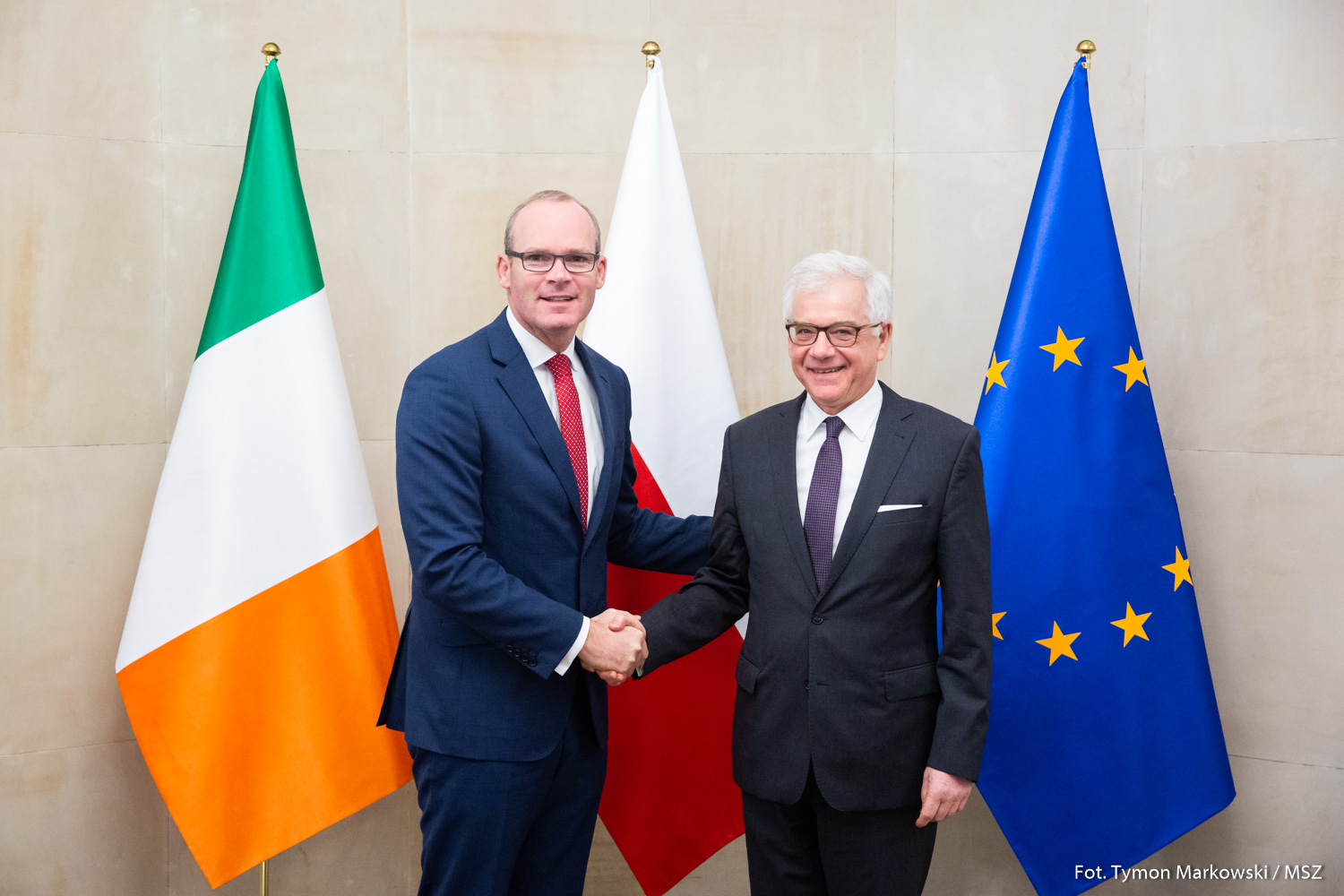 The Tánaiste and Minister for Foreign Affairs and Trade, Simon Coveney, T.D. visited Warsaw on 3 October for meetings with his counterpart, Foreign Minister Jacek Czaputowicz, and Secretary of State for European Affairs, Konrad Szymanski.

This visit was an opportunity to strengthen the bilateral political relationship between Ireland and Poland, a country with which Ireland has strong and growing economic, cultural and people-to-people links. The Tánaiste discussed a wide range of EU and foreign policy issues with Ministers Czaputowicz and Szymanski, including ongoing Brexit negotiations, the future of Europe, the EU’s Neighbourhood Policy, and Rule of Law.

Speaking in advance of the visit, the Tánaiste said: “I look forward to discussing the bilateral relationship between Ireland and Poland with my counterpart, Foreign Minister Jacek Czaputowicz. Poland is a country with which we have strong and growing economic and people-to-people links. I will take the opportunity on this visit to discuss key issues of mutual interest, including the Brexit negotiations, the EU Financial Framework, the Future of Europe and the Rule of Law”