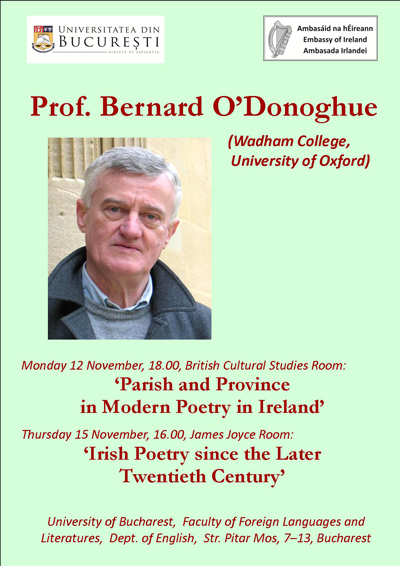 Dr Bernard O'Donoghue was born in Cullen, County Cork in 1945, and he still lives there for part of the year. He moved to Manchester in 1962, and since 1965 he has lived in Oxford where he taught Medieval English and Modern Irish Literature. He has published seven books of poetry, including his Selected Poems (Faber, 2008). His last five books were all shortlisted for the T.S. Eliot Prize; Gunpowder (1995) won the Whitbread Poetry Prize. He has published books on medieval literature and on modern Irish poetry, including The Cambridge Companion to Seamus Heaney. He is an Emeritus Fellow of Wadham College, Oxford, and a Fellow of the Royal Society of Literature. 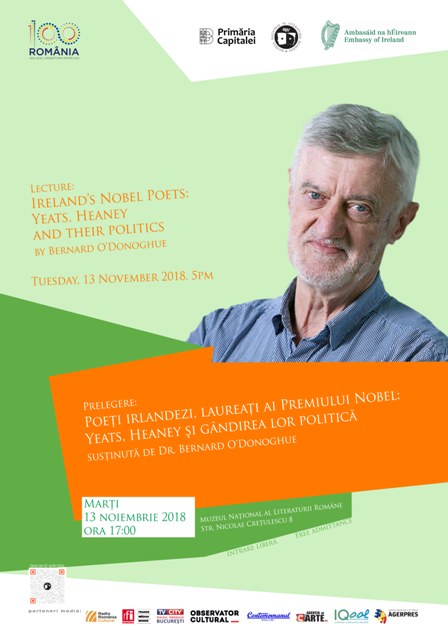 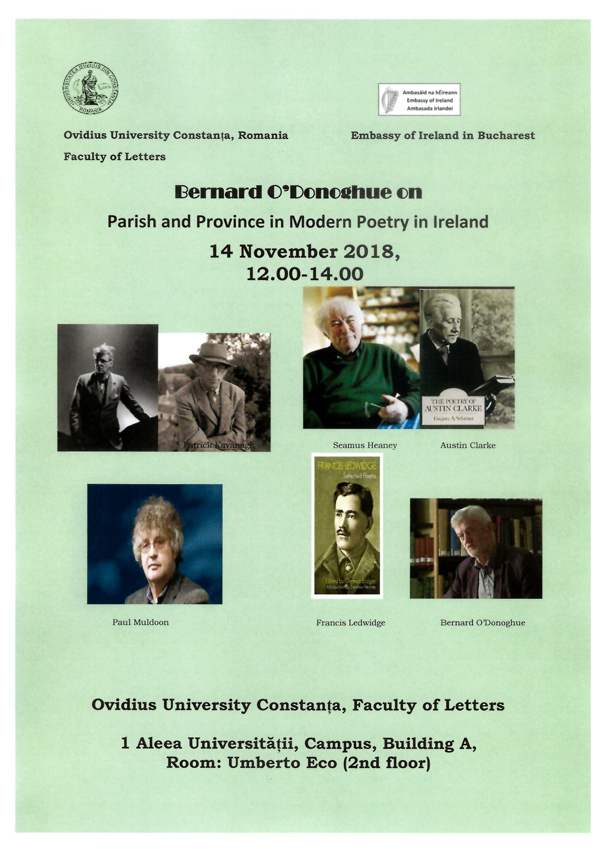 To mark 30 years of diplomatic relations between Ireland and Romania, the Embassy of Ireland in collaboration with the Romanian Cultural Institute marked the occasion with the production of a short film on Bloomsday.

Irish Tillage and Land Use Society (ITLUS) visit to Romania

Launch of the James Joyce - His Life and Works exhibition

Launch of the James Joyce - His Life and Works exhibition in the Palace of Parliament on Wednesday, 16 May 2018 in the presence of a number of Ambassadors and other diplomats, Embassy friends, representatives of the Irish community and visitors.

Embassy of Ireland stand in collaboration with Romania Ireland Business Association and STEYsha performance at the 5th EU Member States Market held in Cismigiu Park on Saturday, 5 May 2018.

The International Olympiad of Reading encourages students to approach reading as a genuine source not just of pleasure and entertainment but for personal development and the learning of life skills.