2018 marks the centenary of the 1918 Representation of the People Act, which gave women in Ireland and Britain the vote for the first time.

In Ireland, the UK and around the world, events are being organised to commemorate the anniversary, under the banner of "Vótáil100/Vote100". In Vietnam, the Embassy of Ireland organised a commemorative programme with one of its key civil society partners, CARE International Vietnam, which implements an Embassy-funded project focused on ethnic minority development, which has a strong focus on gender.

The centrepiece of this programme was a visit by Ms Helen Pankhurst, a CARE International staff member, a social activist who champions women's equality, and a great-granddaughter of renowned suffragette Emmeline Pankhurst.

The Embassy collaborated with the British Embassy in Vietnam, CARE International, and Union Abroad APHEDA to organise a series of events to discuss women's participation in politics and society, and to share experience from Vietnam, Ireland and the UK about how to promote gender equality and women's empowerment. 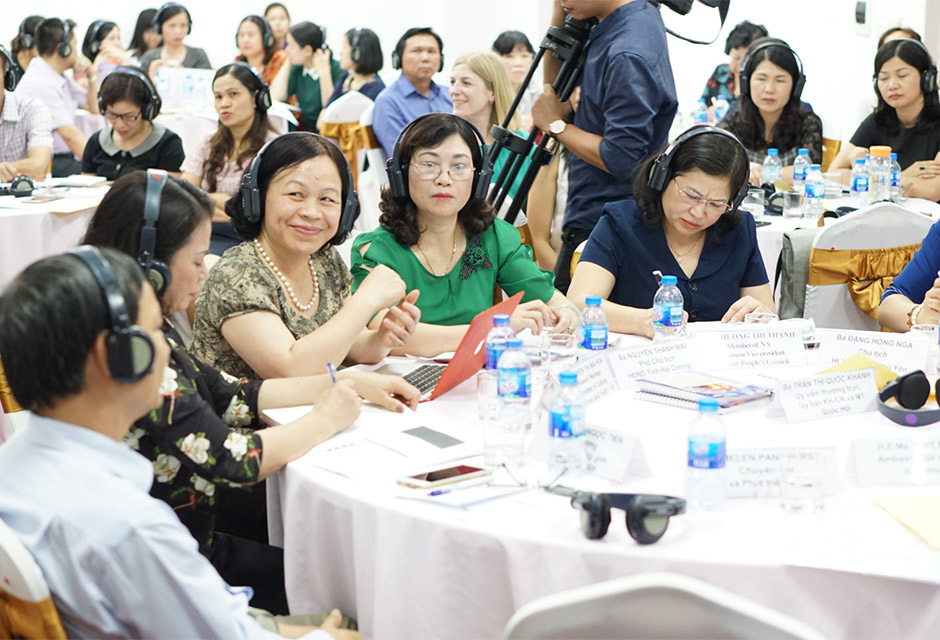 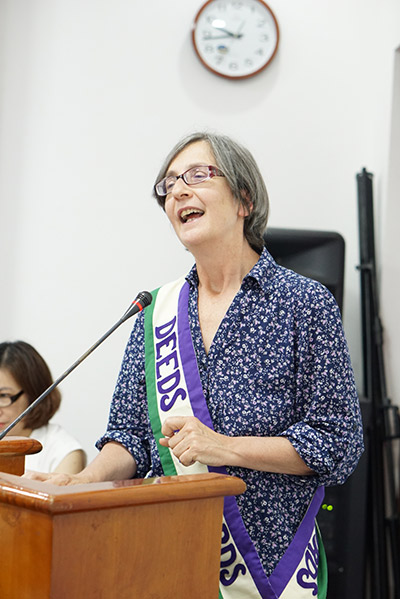 Union Abroad APHEDA, which the Embassy partners with on a project supporting female deputies at local and national level in three provinces in Vietnam, organised a roundtable discussion for women in politics to share their experience and discuss what is needed to support and promote women's political participation.

A panel discussion entitled "Deeds not words: Feminism in the 21st century" discussed gender equality in contemporary society, and attracted active participation by many young people. 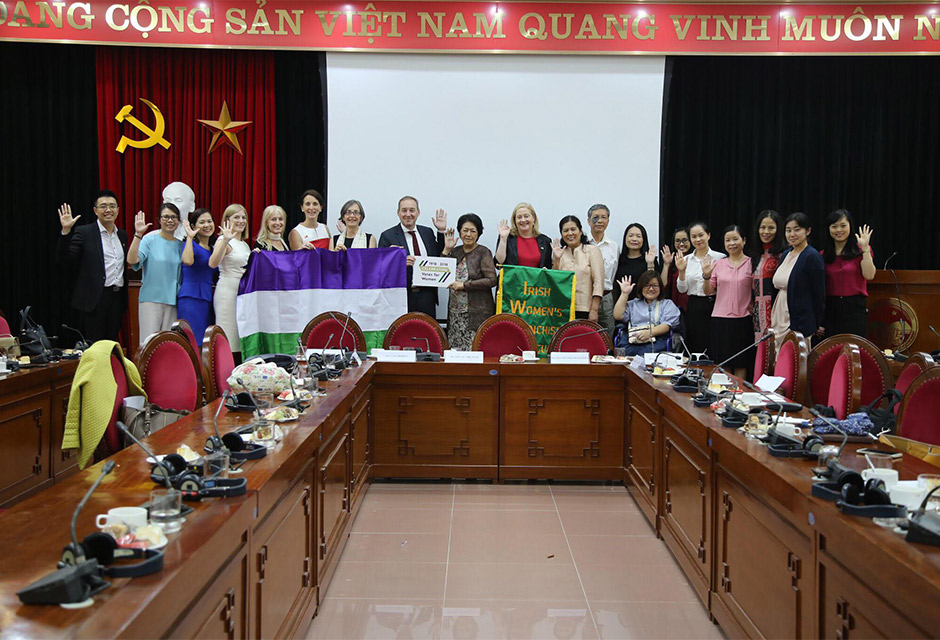 The commemoration continued with a workshop on "Gender equality in politics: Experiences from Vietnam, Ireland and the UK", co-organised by the Ho Chi Minh Political Academy, the British Embassy and the Embassy of Ireland. The workshop brought key political decision-makers together to discuss how to support gender equality and women's empowerment. Experiences and lessons learnt from the UK, Ireland and Vietnam were shared by Ms Helen Pankhurst, Ambassador Cáit Moran and experts from the Women's Union and Vietnam Academy of Social Sciences.

The programme of events brought the Vótáil100 campaign to Vietnam, shared the story of Ireland's journey towards greater gender quality, and helped raise awareness of the issues of gender equality and women's empowerment in Vietnam and around the world.