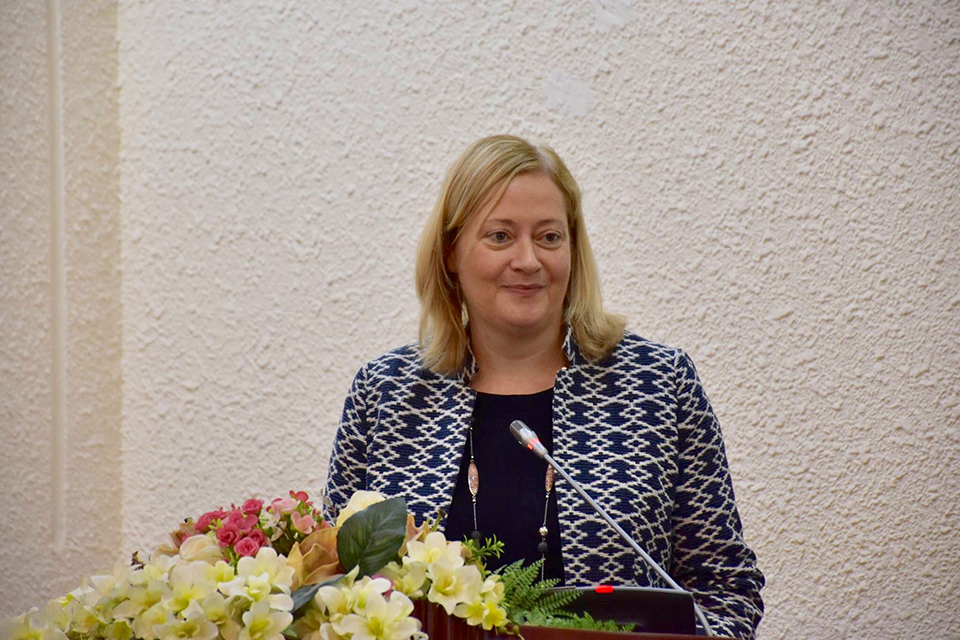 Hanoi 31st October 2018, Ambassador Cáit Moran addressed the Launching Ceremony of a three-year programme of support from the Embassy of Ireland to support the National Legal Aid Agency of Vietnam’s Ministry of Justice.

The project aims to support the legal rights and access to legal aid of vulnerable groups in Vietnam including children, people with disabilities, elderly people and victims of human trafficking.

This new funding agreement highlights the close cooperation and collaboration between Ireland and Vietnam’s Ministry of Justice. 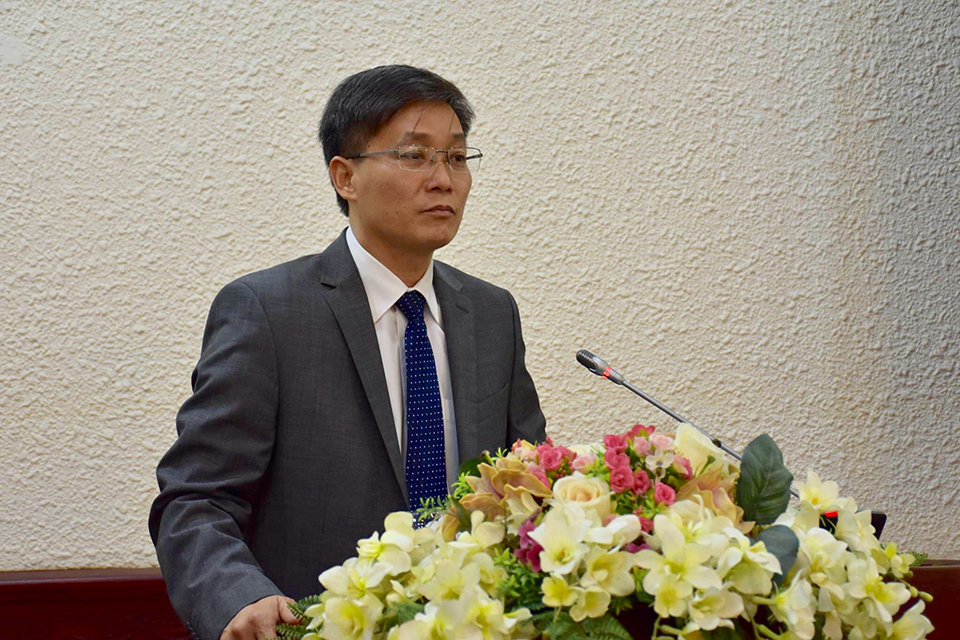 Speaking at the Ceremony, Vice Minister for Justice, Mr. Nguyễn Khánh Ngọc, expressed his appreciation for Ireland’s support in building capacity for legal aid officers and for the close cooperation between Embassy of Ireland and the Ministry of Justice.

Since 2012, the Embassy has built a strong partnership with the Ministry of Justice, both in providing financial support for legal aid training in Vietnam and through sharing Ireland’s experience with Vietnam. In 2013, a delegation from the National Legal Aid Agency paid a visit to Ireland to learn about the provision of legal aid under the Irish justice system. 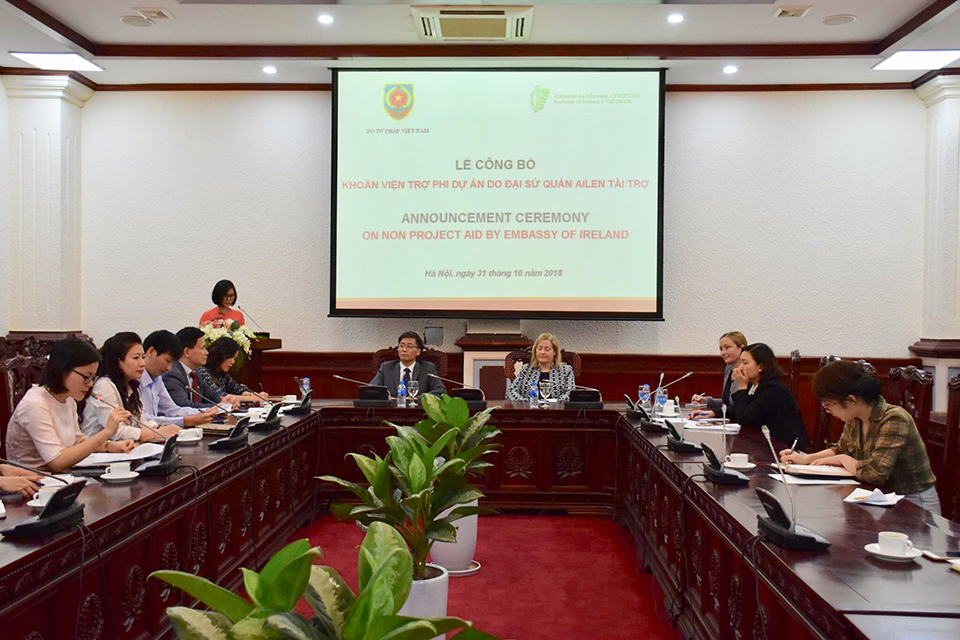 During 2015-2017, a number of conferences and training workshops were organised by the National Legal Aid Agency and supported by the Embassy to build capacity for legal aid officers to implementing the Legal Aid Law.

The newly launched project continues support by the Embassy to the National Legal Aid Agency (NLAA) to further strengthen the partnership with the NLAA and with the Ministry of Justice more broadly.