For the first time in Vietnam, the European Union Delegation to Vietnam and the Embassies of 18 EU Member States hosted the "Europe Village" in Hanoi on 4-6 May, an event as part of the annual Europe Days 2018.

This was a wonderful opportunity to share the beauty and fun of Ireland with the people of Hanoi. Also known as the Emerald Isle, Ireland is a place of stunning natural beauty and home to a people known for passion, humour and imagination. With our beautiful natural landscape, vibrant cultural environment, young and energetic population, and dynamic mix of modernity and rich history and traditions, it's no wonder our 4.5 million citizens rank within the top 10 happiest populations in the world!

Steeped in history and mythology, Ireland has a strong creative tradition expressed through art, music, dance, theatre, literature and film. From famous Irish writers James Joyce, Samuel Beckett, Emma Donoghue and Marian Keyes, to luminaries of film like Saoirse Ronan and Lenny Abrahamson, world-famous bands such as U2, the Cranberries, the Corrs, Westlife and world-renowned dance performances such as Riverdance, Ireland has made an outsized impact on culture around the world.

Visitors to Ireland Booth at the EU Village entertained with a series of amazing and unique activities that demonstrates the diversity of Ireland's cultures from dance, music, literature, culinary, to lifestyle. The Celtic Bauhinia Irish Dance Troupe from Hong Kong had two main performances on stage and Irish dance teaching sessions at Ireland Booth over the weekend festival. 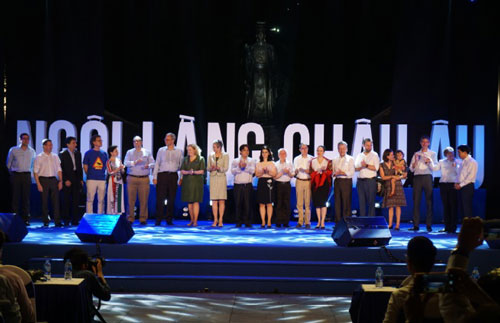 Ambassador Cáit Moran joins Hanoi City Mayor Nguyễn Đức Chung, and Ambassadors from the European Union in Vietnam and other EU Member States to officially open the #EUVillage 2018. Delighted to see the great crowd at the Ireland Booth. 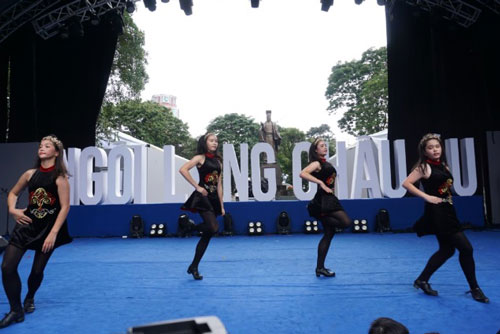 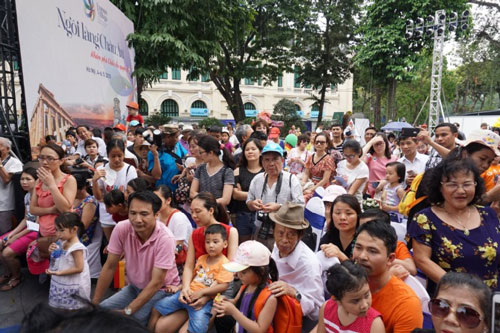 The Celtic Bauhinia Irish Dance Troupe from Hongkong had two main performances on stage and Irish dance teaching sessions at Ireland Booth during the two days of the event. 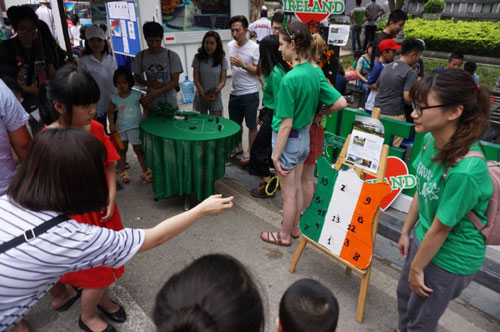 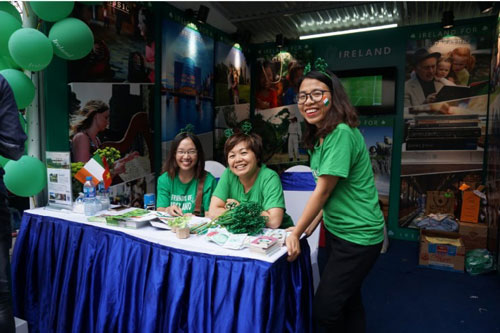 The Friends of Ireland in Vietnam group presented some interesting Irish traditional games at the Ireland Booth. 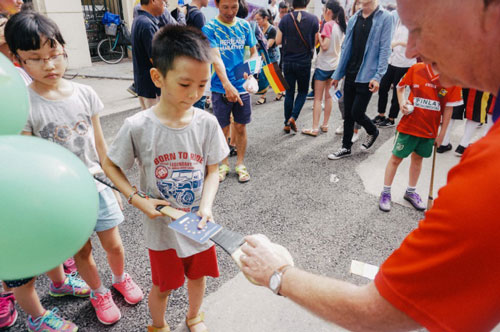 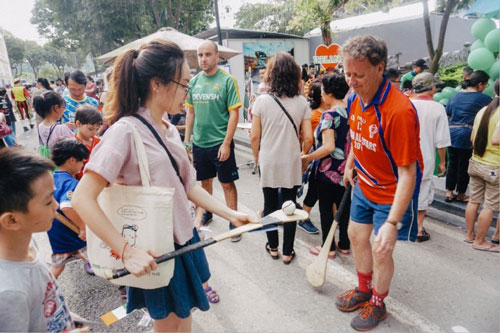 Hurling demonstration and practice was popular to both adults and kids at the Ireland Booth. 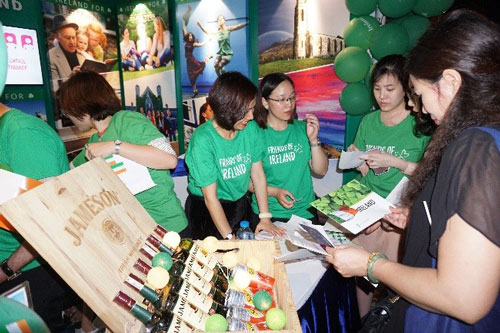 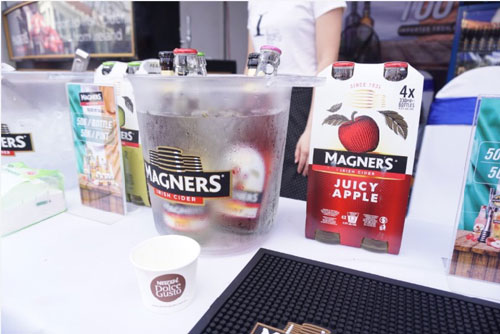 Visitors enjoyed a tasting of Irish food and drink.