The meeting gathered Heads of Mission in 15 countries in the Asia-Pacific region, and colleagues from other departments and state agencies (such as IDA, Enterprise Ireland), to discuss Ireland's strategy for closer partnership with Asian countries. Building on shared values, people-to-people relations and mutual benefits in trade are rapidly deepening and widening the relationship. 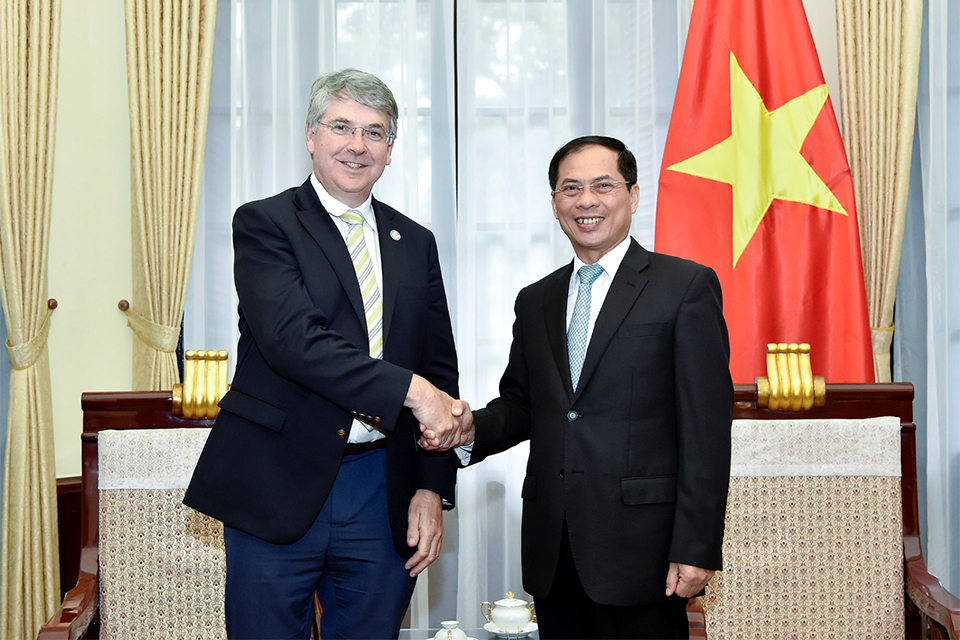 On May 29, Mr Niall Burgess was joined by Ambassador Cáit Moran and Irish Aid Director-General Ruairí de Búrca for a meeting with Vice Minister for Foreign Affairs, Mr Bùi Thanh Sơn, which discussed measures to further develop the political, development and economic partnership between Ireland and Vietnam.

'The Asian economy is growing so fast. Ireland is looking across the world and across distances that are always shorter. The distance between Ireland and Asia is becoming less all the time. It's easier for Irish people to get to Asia and do business. It's easier for tourists from Asia to visit Ireland. Now more than ever before we are closer than we used to be'. 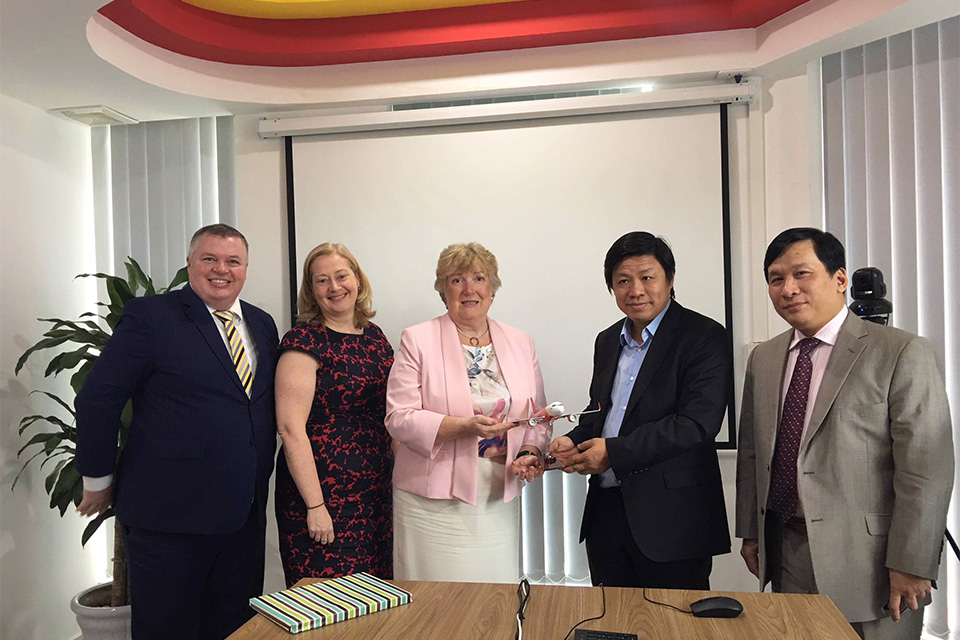 'I am very delighted to be in Vietnam. We had two very important days. I was accompanied by Ambassador Cáit Moran, and two enterprise agencies – Enterprise Ireland and IDA Ireland – to meet with [Vietnamese] companies and universities, talking about Ireland's trade strategy. There are great opportunities for Ireland to do business here in Vietnam'.

The Vietnam Ireland Bilateral Education Exchange (VIBE) is an initiative of the Embassy of Ireland under the Irish Development Experience Sharing (IDEAS) Programme. The VIBE Programme aims at encouraging co-operation and research links between Irish and Vietnamese higher education and research institutions.

Irish alternative rock band Kodaline, will be in Hanoi from 31 October to 2 November for the Monsoon Music Festival. The group, originally known as 21 Demands, are from Dublin, and comprises Steve Garrigan, Mark Prendergast, Vincent May, and Jason Boland. Kodaline will play on the evening of the 1st November. This year for the first time Monsoon Music Festival will have a band from Ireland.