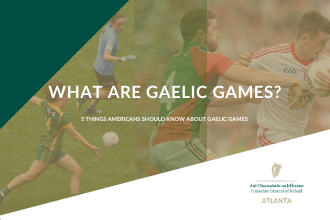 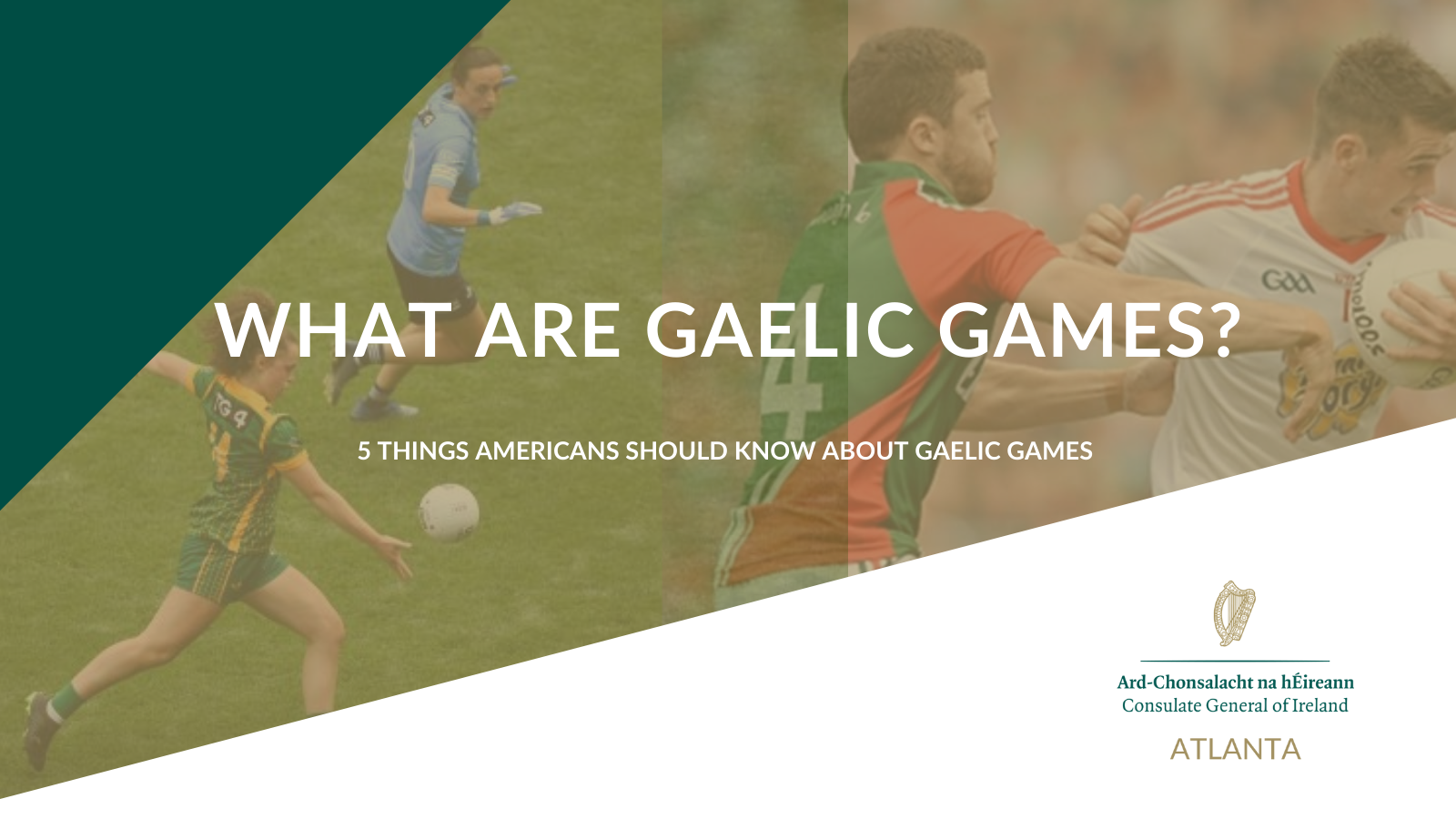 Gaelic games are Ireland's national sports. They are unique to Ireland and officially include Gaelic Football, played by both male and female teams, Hurling, Camogie, Handball and Rounders.

Each year, county teams compete in Championships, with the pinnacle being the All Ireland Final. Gaelic games are hugely popular in Ireland, and there are local clubs in every community.

2. What is Gaelic football?

Gaelic football is played between two teams consisting of 15 players on a rectangular grass pitch and H-shaped goals.

In this traditional Irish game, teams are rewarded with points when a player score the round-shaped ball through or over the goals. As both hands and feet are free to use to move and score the ball, a player must either kick or punch the ball through or over the other team’s goal. One point is rewarded if the ball is sent over, between the posts, of the bar of the goal. Three points are rewarded if the ball is driven into the goalmouth.

Although both hands and feet are permitted to advance the ball, a player can only travel a distance of four steps before that player is required to bounce or “solo-ed” the ball (an action that places the ball onto the foot and back into the hands).

3. Why are we talking about Gaelic football?

Last weekend, Meath emerged victorious against Dublin to claim their first ever All Ireland Senior Championship win in the Ladies’ Football final with record numbers tuning in to watch the final on television – over 600,000 people in Ireland and many more around the world. The Ladies final was first played in 1974, and Cork and Kerry are tied at the most Championship wins – 11 apiece.

Tomorrow, Mayo take on Tyrone in a much-anticipated clash in the Men’s Football final.

Typically, it is uncommon for Dublin or Kerry not to be competing as one of the teams in a final. Since 1887, Kerry have won the Championship 37 times, to Dublin’s 30.

This year’s game is a highly anticipated match due to Mayo’s recent victory over Dublin in the semi-finals – halting Dublin on their run for seven All Ireland Championship wins in a row. Mayo have not won the Sam Maguire Cup since 1951 despite having played in numerous finals over the years.

Notable for their extremely tough defense, Tyrone is a very good team. This Tyrone team aspires to end their 13-year drought to become this year’s champion. With all eyes watching, both Mayo and Tyrone have a lot on the line and this championship game will be a guaranteed thriller.

4. What about Hurling and Camogie?

They must be seen to be believed!

Hurling is the fastest game on grass, often argued to be the most skilful game in the world.

It is a stick and ball game, played by teams of 15 on a rectangular grass pitch with H-shaped goals at each end. The stick that we use is called a ‘hurley, or a camán in the Irish language, while the ball is called a sliotar. The objective is to score by driving the ball through the goals or putting the ball over the bar and thereby scoring a point. By putting the ball into the net, and scoring a goal, the team is awarded three points. The team with the highest score at the end of the match wins.

Hurling combines skills from lacrosse, field hockey, and baseball in a hard-hitting, highly paced game. The sliotar can travel up to 180 kilometres per hour over the course of a game. The female version of the game is known as Camogie and is very similar to hurling, with just a few minor rule changes. The name ‘camogie’ was invented in 1903 and the first camogie matches took place in 1904.

Watch some clips of Hurling to get a taste:

5. Can I play Gaelic games in the USA?

Yes! There are many active GAA clubs around the US, and across the US Southeast. Visit US GAA to find out more: 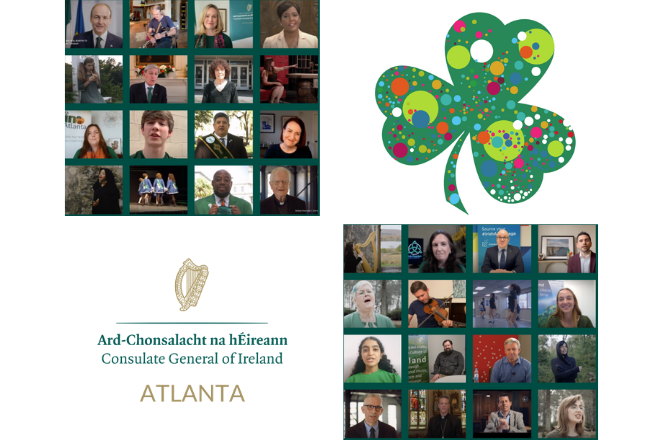 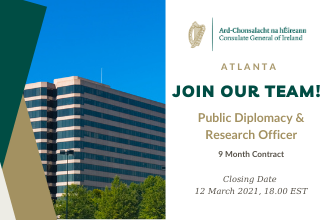 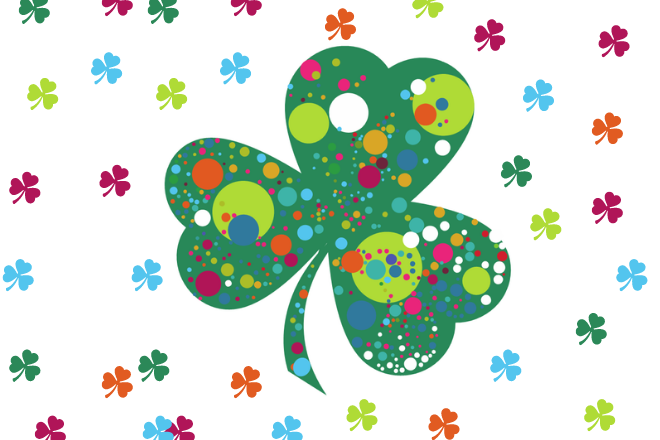 December 2020 Newsletter from the Consulate General of Ireland