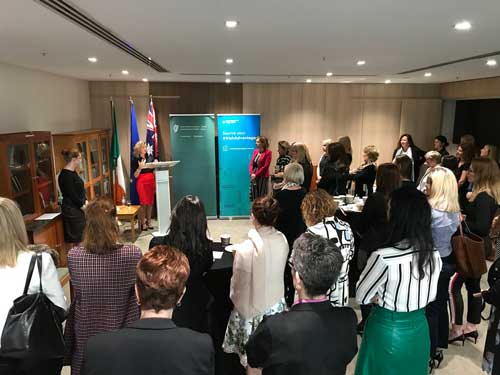 The Consul General, together with the Enterprise Ireland Director, was delighted to host the second Women in Leadership networking event at the Consulate. The invited guests were women in leadership roles from a broad cross-section of the Irish and Irish Australian community including business, community, cultural, sporting and charitable organisations.

To mark the 100th anniversary of the introduction of women's suffrage in Ireland and Britain, the key note speaker was Dr. Fiona Buckley of UCC, a political scientist whose field of research is women in politics. ​ 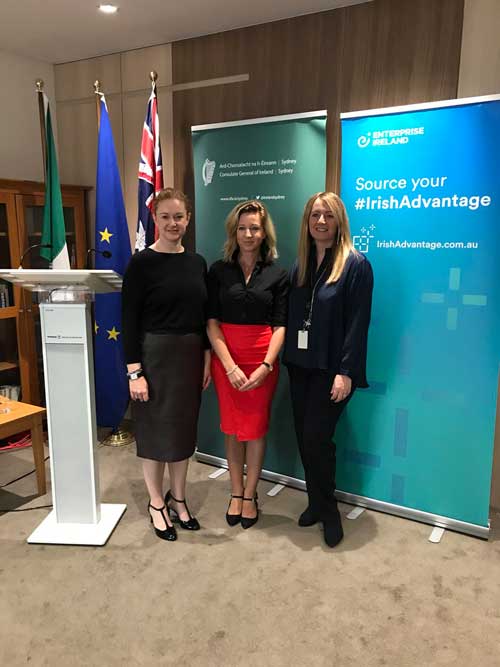