On Monday 16th July, we are hosting a screening of the acclaimed film "In the Name of Your Daughter," together with UNFPA, the EU Delegation in Tanzania, the British High Commission, the Embassy of the Netherlands, and the High Commission of Canada. The event will take place at the Alliance Francaise in Dar es Salaam and begin at 17:30.

"In the Name of Your Daughter" tells the story of a group of courageous girls from Northern Tanzania, some as young as eight, who are risking their lives to defy a pre-determined destiny and follow their dreams. It is also the story of human rights activist Rhobi Samwelly, a Tanzanian woman living in Serengeti who has dedicated her life to fighting to end the practice of female genital mutilation in her community.

The Canadian Director of "In the Name of Your Daughter", Giselle Portenier, will introduce the film and take questions together with Rhobi Samwelly and other individuals involved in the film during a question and answer session following the screening.

We encourage you to join us at this event as we seek to highlight the intensified efforts that are needed to end female genital mutilation (FGM) in Tanzania.

For more information please see the attached press release for the event below: 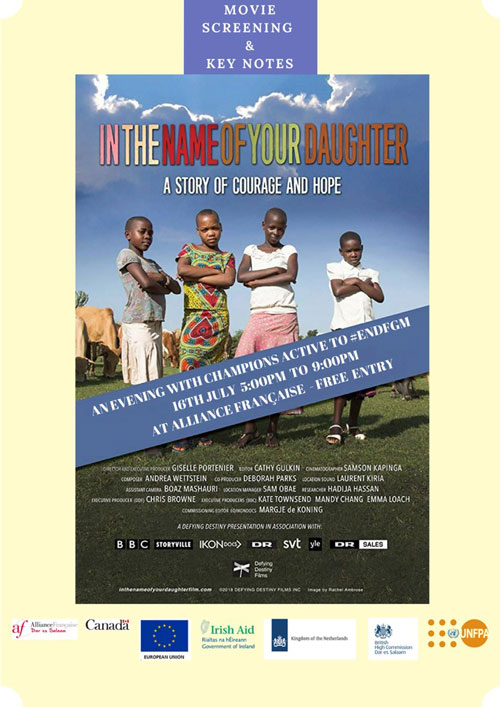