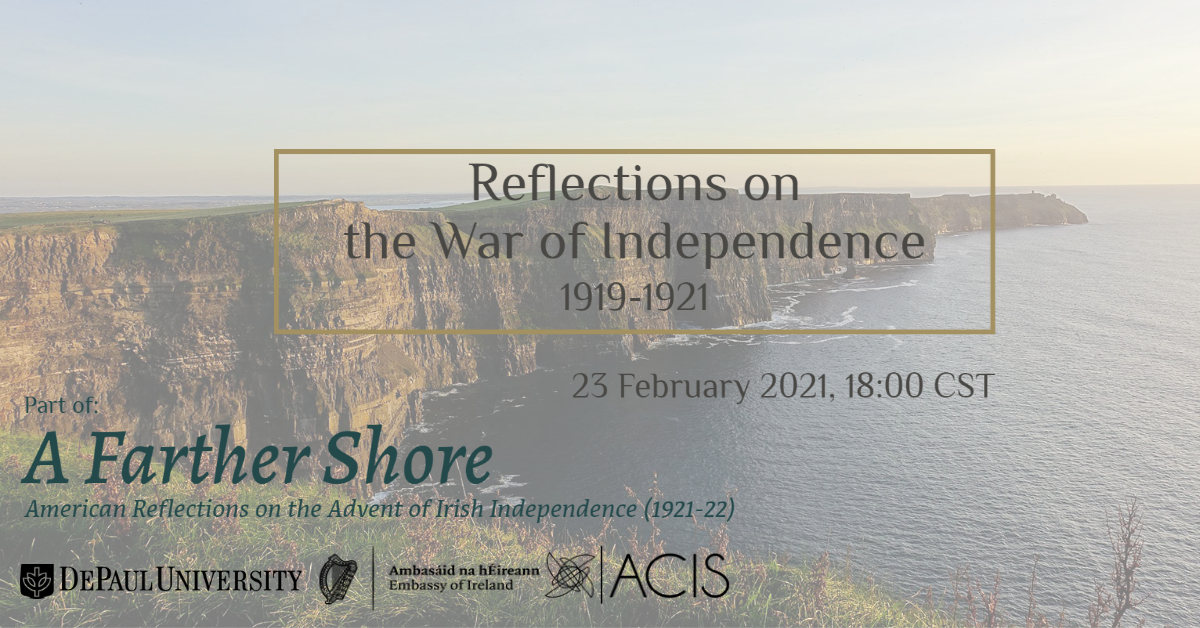 "A Farther Shore" continues on Tuesday 23 February with "Reflections on the War of Independence, 1919-1921". Join us as we reflect on the critical and contested events of the 20th century that politically and socially shaped Ireland.

Hosted by the Irish Studies Programme at DePaul University and the Consulate General of Ireland Chicago, this panel will focus on the War of Independence. The event will feature a panel of excellent scholars - Dr. Mary McAuliffe (University College Dublin); Dr. Tim McMahon (Marquette University); Dr. Justin Dolan Stover (Idaho State University - as well as Ireland's Ambassador Daniel Mulhall. The discussion will be moderated by Dr. Mary McCain, Director of Irish Studies at DePaul University Chicago.

"A Farther Shore" is presented in partnership with the American Conference for Irish Studies. Join us for the full series as we examine this critical part of Ireland's history. All upcoming lecture topics and dates are available below. Event details and sign-ups will be published once finalized.

25 March: The Emergence of Northern Ireland. Presented by University of Notre Dame and ACIS Midwest.

25 May: The Civil War. Presented by University of St. Thomas Texas and ACIS South

*Event dates and titles are subject to change.

Information on travel to Ireland and Embassy services and advice