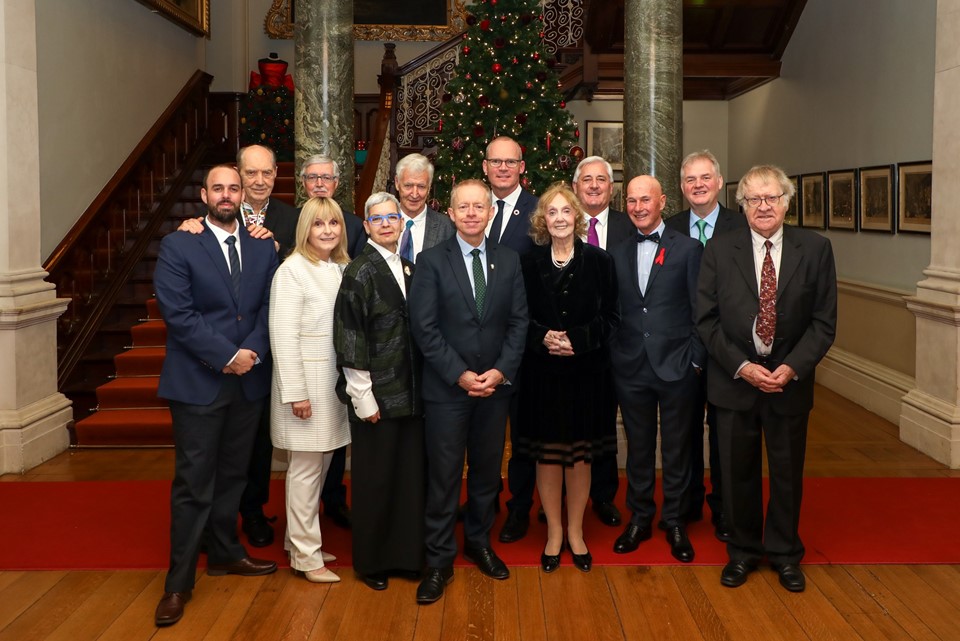 Tánaiste and Minister for Foreign Affairs Simon Coveney T.D. and Minister of State for the Diaspora Ciarán Cannon T.D., with recipients of the 2019 Presidential Distinguished Service Award.

Nominations are now open for the 2020 Presidential Distinguished Service Award for the Irish Abroad.
The Presidential Distinguished Service Award was established to acknowledge the profound impact the global Irish diaspora has had on a wide variety of fields, both in Ireland and around the world. Ireland’s greatest resource has always been our people and the valuable contribution that our community abroad has made to Ireland throughout our history is widely acknowledged and respected by the Government and the people of Ireland.
The first Presidential Distinguished Service Awards were made in 2012. Nominations are made by Irish communities abroad through Ireland’s network of Diplomatic Missions. Over the last 8 years, 83 recipients have received the Award.
In order to be eligible for consideration, nominees must be resident outside the island of Ireland and are required to satisfy one of the following additional requirements:
Further information, including a full list of criteria, can be found here. Nominations should be submitted through the Embassy of Ireland in the country of residence of the nominee before Tuesday, 7th April 2020.