Annual Commemoration of the Battle of Vinegar Hill 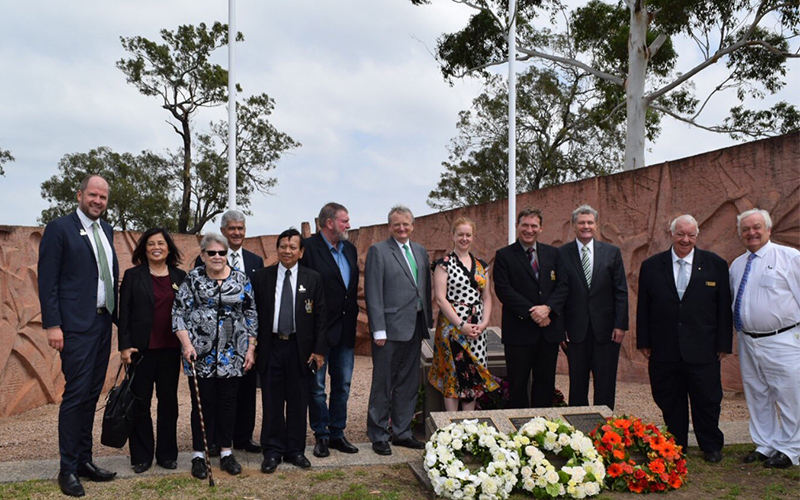 On 4th March, the Consul General attended and spoke at the annual commemoration of the Battle of Vinegar Hill at the memorial to the battle in Rouse Hill, Sydney. The battle, which took place in March 1804, saw the defeat of the Castle Hill Rebellion, a convict uprising led by Irish prisoners, many of whom had been involved with the 1798 Rebellion in Ireland.

The event was organised by Blacktown City Council and the Friends of Vinegar Hill.

More information on the Battle of Vinegar Hill can be found on the Council’s website: www.blacktown.nsw.gov.au