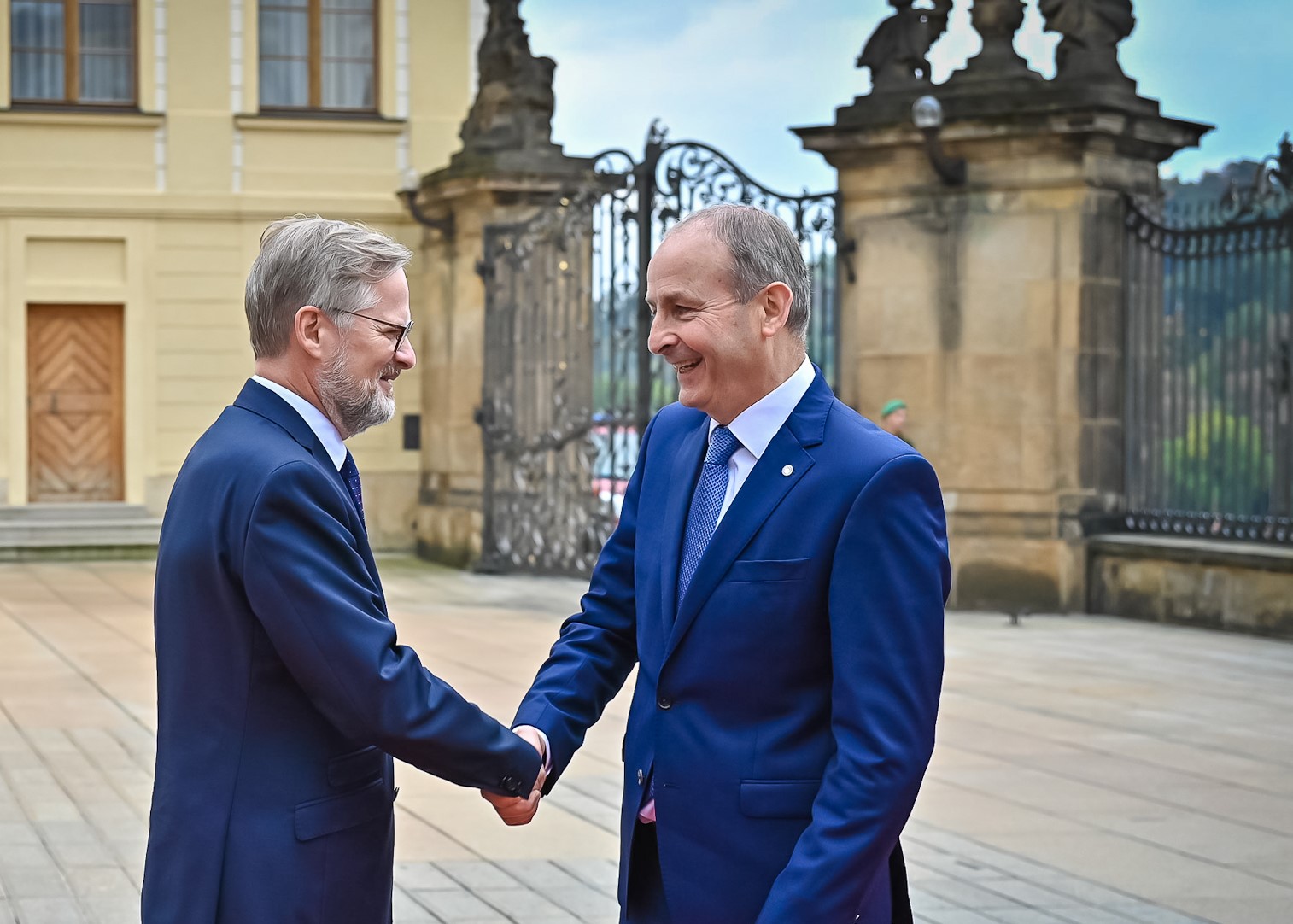 All of us in the Irish Embassy in Prague hope that you and your families have had time together this Christmas and New Year. At the beginning of 2023, it’s a pleasure to share this message to the community and all our friends and networks here in the Czech Republic.

2022 brought many dramatic developments and as the pandemic gave way to an easing of restrictions, flights and connections began with a steady return to pre-Covid levels.  We encourage all of you to check that your passports are valid and remember that you can apply on line to renew them  Passport Online - Department of Foreign Affairs and Trade (dfa.ie)

In October, we welcomed former Taoiseach Micheál Martin who participated in the first European Political Community Summit, and the Informal Council in Prague. His visit and those of the other members of the Irish Government  underlined the importance that the Czech Republic holds as a like-minded partners, with strengths in key sectors including transport, agriculture, digitisation, AI, security and much more.

We would like to acknowledge the focus of Irish agencies on the Czech Republic including our colleagues in Enterprise Ireland Prague who are based in the Embassy, also Tourism Ireland and Bord Bia who are strengthening and furthering bilateral economic links between our two countries.

On a political level, post Brexit, we have seen considerable changes in both countries as the Czech coalition government had to rapidly respond to the geo-political challenges following the invasion of Ukraine by Russia, while preparing for the Presidency of the Council of the EU in the second half of 2022. The Czech Presidency prioritised managing the refugee crisis and Ukraine’s post-war recovery; Energy security; Strengthening Europe’s defence capabilities and cyberspace security; Strategic resilience of the European economy and Resilience of democratic institutions.

Just before Christmas, a new government was formed in Dublin, which Leo Varadkar is leading as Taoiseach (PM), while Micheál Martin has assumed the role as Tánaiste (DPM) and Minister for Foreign Affairs with Simon Coveney becoming the new Minister for Trade, Enterprise and Employment. The Czech Republic and Ireland are like-minded countries on many political and economic issues, and we look forward to a continuation of the excellent political and governmental links that have developed between us, particularly as members of the European Union.

This year has also seen the Russian invasion of Ukraine, the Czech Republic responded promptly and provided a safe refuge for several hundred thousand refugees, and close to 70,000 have arrived in Ireland. 2022 marks the end of Ireland’s membership of the UN Security Council and the Irish Embassy in Prague pays tribute to the excellent work and our close relations with the UN agencies based in Prague, including the WHO and UNHCR.

We are proud that Irish officials continue to work within the EU and the UN institutions to manage the impact of issues such as safe access to healthcare, and food and energy security across the world.  At this time, the Irish Embassy Prague thinks of the family of Private Seán Rooney, the young Irish soldier who was tragically killed during December while serving on the peacekeeping mission in Lebanon. Rest in Peace.

Do keep a watch on our Facebook and Twitter @IrlEmbPrague and our website for updates concerning our business, economic, and cultural programmes during 2023 as we mark St. Brigid’s Day, St. Patricks Day, Bloomsday the 25th anniversary of the Good Friday Agreement, 50 years of Ireland in the EU amongst many more.