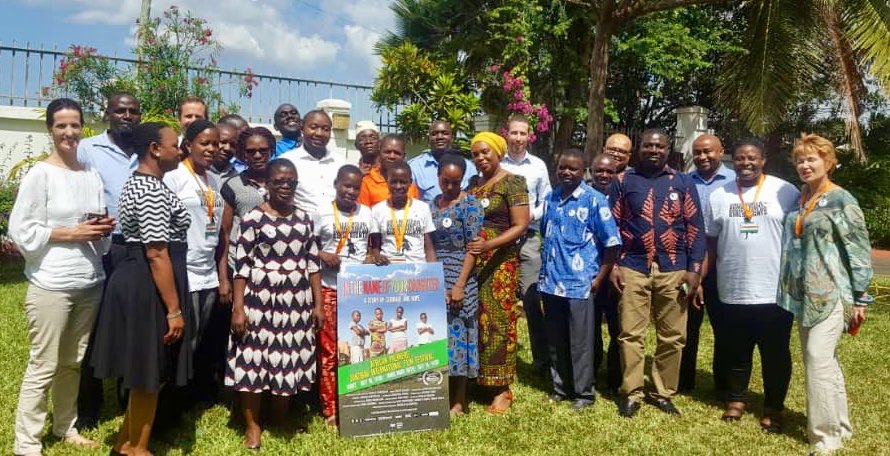 Today is the International Day of Zero Tolerance of Female Genital Mutilation (FGM). Female Genital Mutilation is a practice that violates children’s and women’s rights and has the potential to cause serious medical, emotional, psychological and social complications. FGM is often embedded into social norms, especially patriarchal systems, and used to control women’s sexual and reproductive health.

As we mark this important day, tragically there are still a high number of girls who are subjected to FGM globally, including here in Tanzania.  Recent UN data estimates that 3.9 million girls were subjected to FGM globally in 2015. If FGM continues to be practiced at current levels, this figure is projected to rise to 4.6 million by 2030. In Tanzania, by 2015, 10% of women age 15 – 49 had undergone FGM (TDHS 2015 – 2016).

Addressing social norms and values that perpetuate FGM and other forms of Gender Based Violence, is a priority focus of the Tanzanian National Plan of Action to End Violence against Women and Children (NPAVAWC 2017 - 2022) which is supported by the Embassy with Irish Aid funding. Working together with UN Women, UNFPA and local organisations such as Kivulini in Misungwi district – Mwanza and UZIKWASA in Pangani district - Tanga we are supporting:

Our goal is that together with our partners we will help end the cruel and damaging practice of FGM in Tanzania.