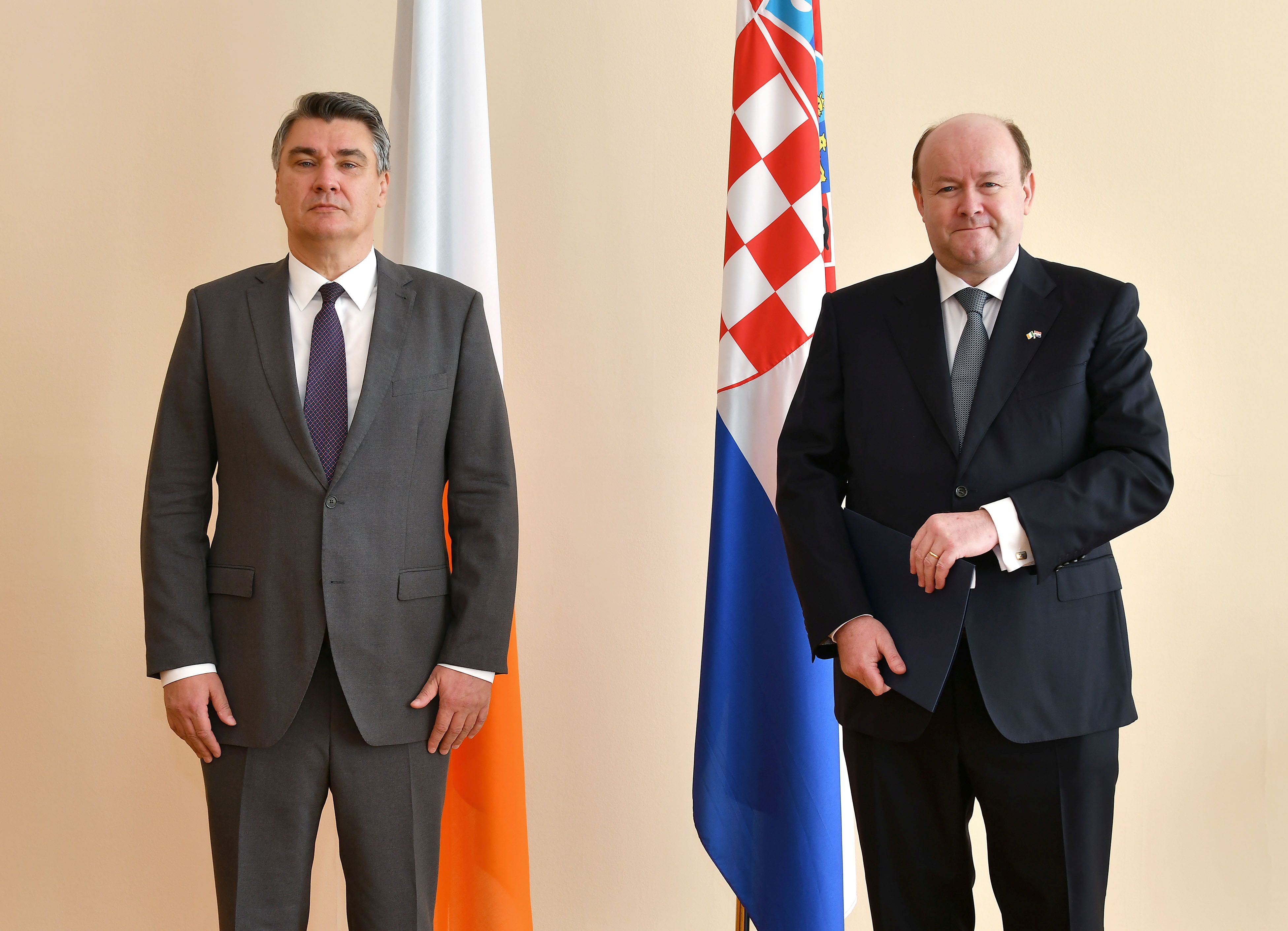 H.E. Ambassador Ruaidhri Dowling presented his credentials to Croatian President Zoran Milanović at Pantovčak, Zagreb on Monday, 21 September 2020. Ambassador Dowling is the third resident Irish ambassador since the official opening of the Embassy in Croatia on 17 March, 2015.

Prior to becoming Ireland's ambassador to Croatia, H.E. Dowling worked in the London Embassy between 2016-2020. He joined the Department of Foreign Affairs in 1998 and he had previously served in Australia, Greece and Ireland's Permanent Representation to the EU (Brussels).