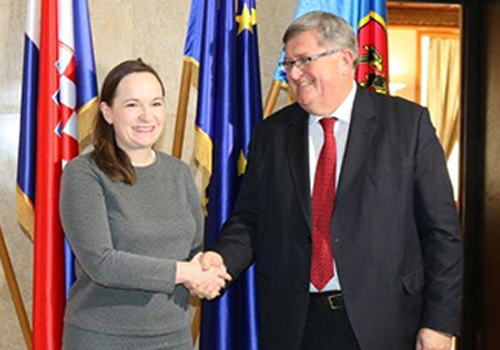 Ambassador Olive Hempenstall's first trip of 2017 was to the seaside City of Rijeka. This inaugural visit, to one of the most important ports in the Adriatic was an opportunity for Ambassador Hempenstall to discuss a number of initiatives with Vojko Obersnel, the Mayor of Rijeka, who was joined by the Head of City's Department of Culture, Mr. Ivan Šarar.

This visit and discussion served as an introduction of the City's plans for 2020 when it - along with the Irish City of Galway - will be a European Capital of Culture. This will be the first time that a Croatian and an Irish city will share this title. 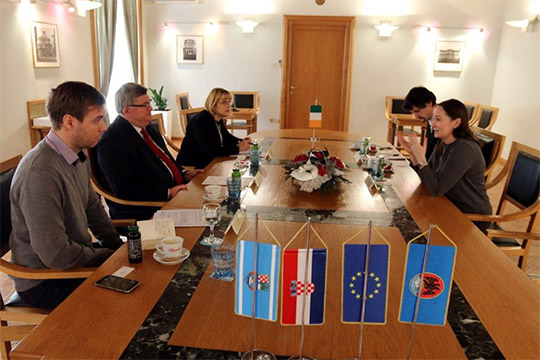 Both Ambassador Hempenstall and her host, Mayor Obersnel, agreed that the European Capitals of Culture were a good foundation for Croatian-Irish relations and that there were many other opportunities to promote the bilateral relationship.

The annual St. Patrick's Day greening initiative was also discussed, as were interesting historical links between Ireland and Rijeka.