The Embassy had the honour of welcoming Dr. Angela Feeney, an acclaimed opera singer (Soprano), as invited speaker for the Irish Friday Club on 8 October 2021.

Angela talked about her long and distinguished career as an opera singer and her work as a coordinator of the annual St. Patrick’s Day Parade in Munich. She shared personal tales about her formative years and what inspired her to pursue and build a career in her field. She also detailed her life’s journey and gave insights into the importance of singing for one’s well-being.

Angela was born in Belfast and studied at the Belfast School of Music, with Veronica (Ronnie) Dunne at the DIT College of Music in Dublin. She made her debut as Cherubino in ‘The Marriage of Figaro’ with the Irish National Opera and as Magdalena in ‘Rigoletto’ with the Dublin Grand Opera Society. A multiple prize-winner throughout the Festivals in Ireland culminating in the prestigious DIT John McCormack two year scholarship award to continue her studies in Munich.
In this early period of study Angela travelled to Dublin every Saturday for her singing lesson with Ronnie Dunne at DIT. At this time she worked for HM Customs and Excise, Belfast, as a PA. She later resigned to become a full time Student at the DIT.

Angela was one of a panel of four to judge the inaugural RTÉ ‘All Ireland School Choir Competition’ 2009, the final of which was televised live from the Ulster Hall. In its seven years, it is one of RTÉ’s most successful programmes streamed live the last three years from Titanic Belfast.

In 2019 she was elected Chair of Munich Irish Network MIN which organizes the largest St Patrick’s Day Parade in Europe, outside of Dublin and the second-largest in Bavaria after the Oktoberfest in Munich.

She was appointed a Board Member of the German Irish Council in 2019 by the Irish Embassy in Berlin which aims to promote a ‘deeper and wider footprint between Germany and Ireland’. 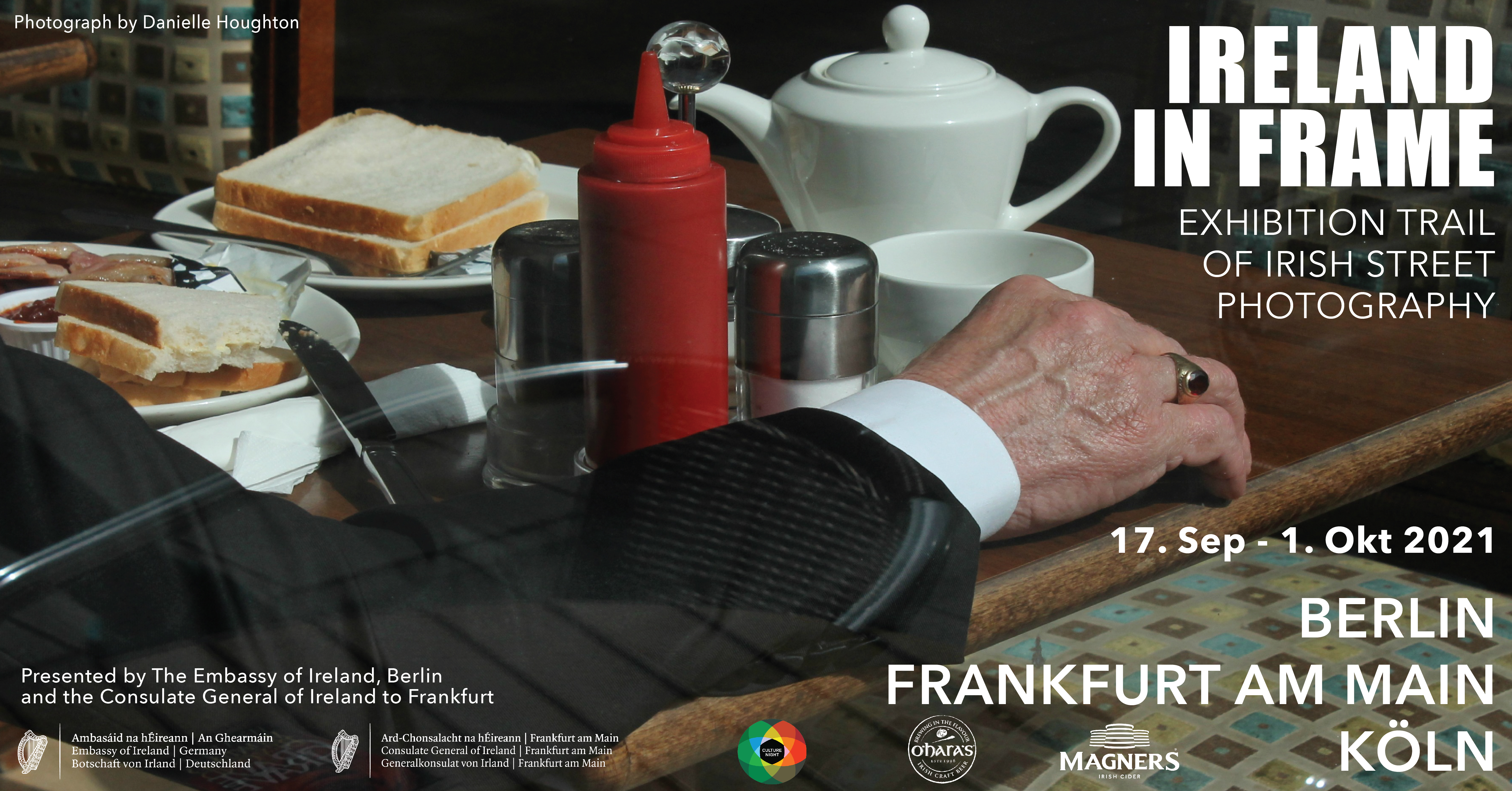 The Embassy had the honour of welcoming Dr. Angela Feeney, an acclaimed opera singer, as invited speaker for the Irish Friday Club in October 2021.

The exhibition "The Children from Operation Shamrock" was opened in Lüneburg on 9 September. First Secretary, Mr Patrick Jacques, delivered a speech there on behalf of the Embassy of Ireland, thanking the organisers and emphasising the historic and contemporary importance of "Operation Shamrock".

On 08 September 2021, the Minister for Justice, Heather Humphreys TD, and the Minister of State for Law Reform, Youth Justice and Immigration, James Browne TD, announced the resumption of short stay entry visa processing.

The Embassy had the honour of welcoming Jennifer Collins, a Berlin-based multi-media journalist, as invited speaker for the Irish Friday Club in September 2021. Jennifer talked about her education, her career path, and the importance of international networking in journalism.

Conference on the future of Europe - Irish in the EU

The embassy was proud to host a Cultúr Salon featuring a tour of artist Aleana Egan’s newest exhibition ‘small field’ at Künstlerhaus Bremen.

The embassy participated in the Dublin International Chamber Music Festival 2021

National consultation on the future of research and innovation in Ireland

National consultation on the future of research and innovation in Ireland

The Embassy was proud to present for Bloomsday 2021, Ulysses expanded, an interactive immersive digital experience exploring James Joyce's seminal work. Come and experience it for yourself.

In the Green Room with The Saviour

The embassy was honoured to host "In the green room with The Saviour" a post show talk about an insightful new play on life in rural Ireland.

Irish Friday Club on 7 May with Andy Costello

We were delighted to have Andy Costello as invited speaker for our Irish Friday Club on 7 May 2021. Andy is the owner and operator of “Salt n Bone” restaurant, an Irish-inspired gastro-pub in the heart of the trendy district of Prenzlauer Berg in Berlin.