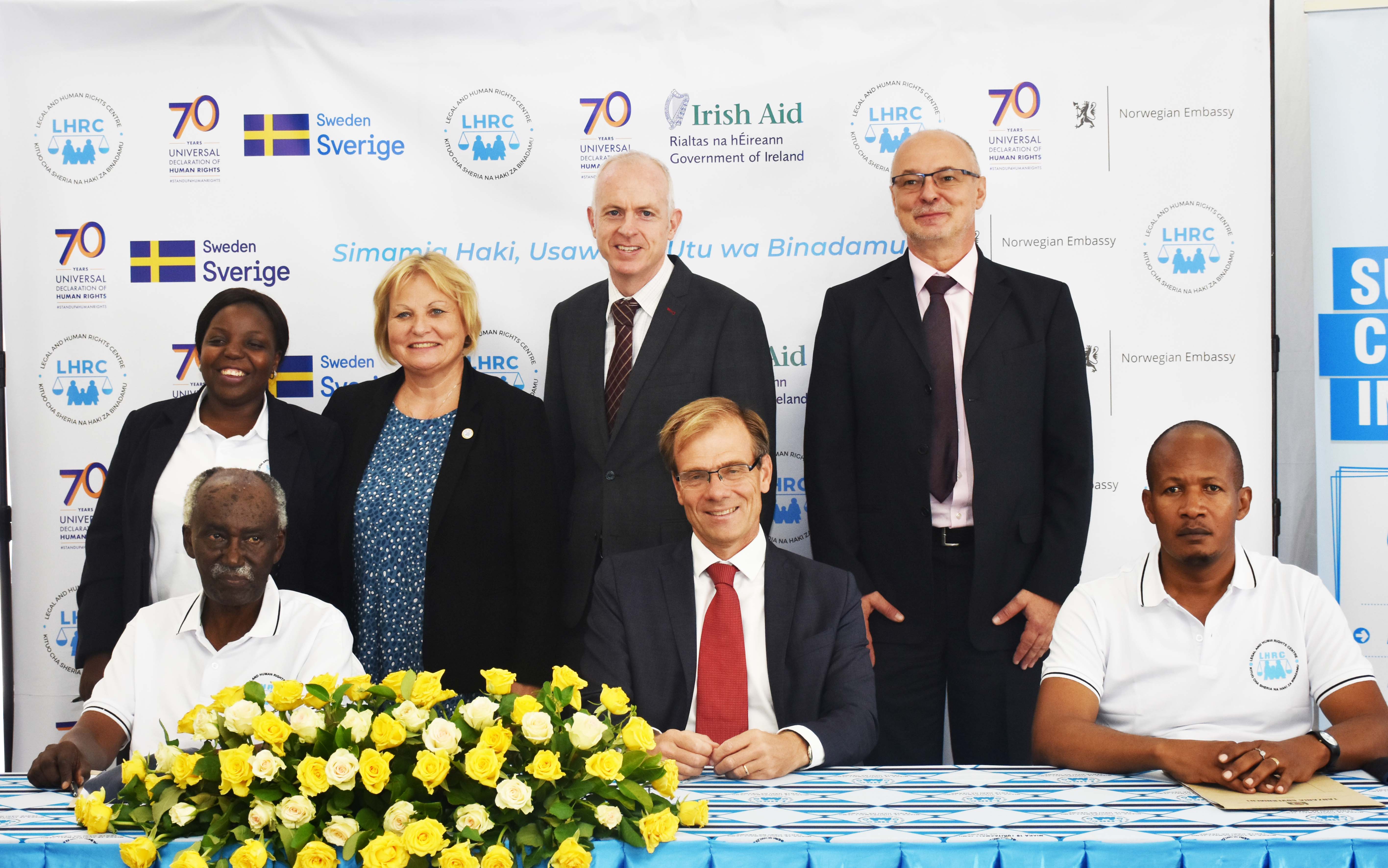 Text a joint Op-ed by the Ambassadors of Ireland, Norway and Sweden published on the 10th December 2018.

“Today, on the International Human Rights Day we celebrate the 70th anniversary of the Universal Declaration of Human Rights (UDHR).

The UDHR has been around for 70 years, but it can and should neither be taken for granted nor be allowed to take retirement. It is a transformative declaration and it is worthy of constantly being placed in our field of vision, being clearly articulated so that it is properly heard.

It is transformative because it recognises that human rights are universal. Everyone is entitled to them everywhere in the world. It is also transformative because it recognizes that the major categories of rights – particularly civil and political rights and economic, social and cultural rights  – are complementary, mutually reinforcing and best realised when implemented together.

When duty bearers both ensure the fulfilment of peoples’ economic, social and cultural rights, e.g. through improved service provision in education, in health, in sanitation, in security, and in access to justice, and ensure the respect for peoples’ political rights and civil liberties, nations reap many benefits. Corruption levels decrease. The risk for conflict in society reduces. The level of democracy increases and economies grow.

There is, moreover, a close correlation between these benefits and the populations’ general well-being. Our three countries are among the seven that feature on top of the 2018 Human Development Index and are among the twenty countries where the perception of corruption is lowest. Our point is not to showcase our countries, but these figures and rankings in various indexes speak for themselves: when nations’ governments stand up for human rights it becomes easier to attain a higher level of sustainable economic development and other benefits such as low levels of corruption and happier people who see little benefit in conflict or other measures that could threaten the economic development achieved.

This is not to say that we are without challenges related to human rights in our own countries. When it comes to international instruments such as the Universal Periodic Review, our governments take recommendations very seriously and work in a structured way to address them. As an example, during the last UPR in 2015, Sweden received 208 recommendations to strengthen the respect for human rights. 154 of these we accepted.

The world has seen significant improvements for peoples’ well-being during the last 70 years. At the same time, more recently –we see globally democracy and human rights being challenged in a way that has rarely – if ever - been seen since the birth of the UDHR. And it is the indivisibility of human rights that is being threatened where, primarily, civil and political rights are seeing a backlash. They are being treated as second class rights, less important for the sustainable development of our world.

Freedom House reports that democracy faced its most serious crisis in decades in 2017 as its basic tenets—including guarantees of free and fair elections, the rights of minorities, freedom of the press, and the rule of law—came under attack around the world. 71 countries suffered net declines in political rights and civil liberties, with only 35 registering gains. This marked the 12th consecutive year of decline in global freedom.

Reporters without Borders tell us that, so far this year, 80 journalists, citizen journalists and media workers have been killed worldwide; 333 are currently imprisoned. The situation for journalists is “difficult” or “very serious” in 40% of the world. The free word, protected by the freedoms of press and expression, is often not-respected.

Standing up for human rights is becoming a riskier business. Front Line Defenders received reports on the murder of 312 defenders across 27 countries in 2017. Thousands of human rights defenders were detained, presented with fabricated charges, subjected to lengthy, expensive and questionable legal processes and, in some cases, sentenced to long prison terms.

Whilst civil and political rights are the most threatened, the defence of social, economic and environmental rights is also very challenging. Out of those 312 defenders killed globally in 2017, 67% were engaged in land rights issues.

Other serious challenges that remain include the elimination of harmful traditional practices. Here, Tanzania and other East African countries have made important progress: since the Government of Tanzania criminalised female genital mutilation (FGM) in 1998, its prevalence has decreased from 18 per cent to 10 per cent. This is an impressive achievement in a relatively short period of time but we must accelerate our efforts and bring it down to zero. No girl should have to suffer from FGM.

As human rights, democracy and the rule of law are challenged in more countries, it is our joint responsibility to amplify voices and to draw attention to commitments made in the area of human rights. Because our relations with Tanzania have been very close for many years, we are of course also particularly interested in seeing human rights being stood up for locally.

Tanzania has a proud and positive history of ratifying a large majority of the international conventions on human rights as well as the regional treaties such as the African Charter on Human and Peoples Rights and the African Charter on the Rights and Welfare of the Child. Tanzania also has a Commission for Human Rights and Good Governance, the CHRAGG, which is a crucial organ for any country in their fulfilment of international and regional commitments. We join others in calling for the CHRAGG to be revitalised.

Together, we work with a large number of organisations that support respect for human rights and the three of us are bilateral donors to the Legal and Human Rights Center. Our partnership aims to strengthen the necessary conditions – where respect for all human rights leads to reduced corruption and economic development which benefits everyone.

On this important anniversary, we remind ourselves that we together with Tanzania are jointly committed to the same respect for human rights as per all our coinciding ratifications of international human rights conventions. In our respective bilateral relations with Tanzania, we are here to support each other on this. But also in our global relations, not least the Universal Periodic Review process. Let us, therefore, today as common believers of the benefits of the respect for human rights, celebrate the beauty and importance of the Universal Declaration of Human Rights.”

Ambassador of Ireland to Tanzania

Ambassador of Norway to Tanzania

Ambassador of Sweden to Tanzania