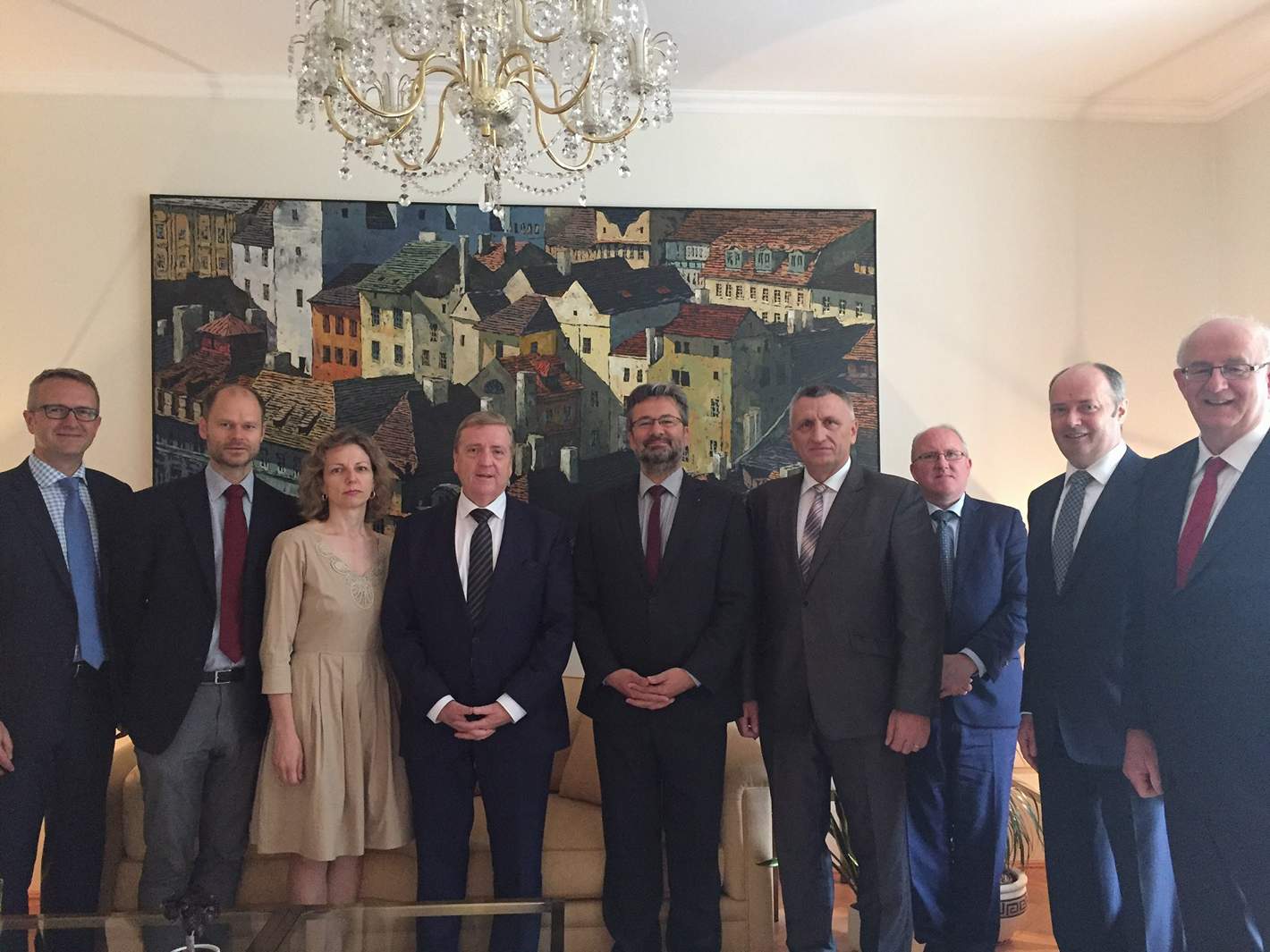 Minister of State, Pat Breen, T.D. led a Trade Mission from Ireland to Prague on 13-14 June, 2018. The Minister attended number of events, including lunch, where he met with Czech government and trade representatives.

Later that day he visited Ingersoll Rand Research Centre in Hostivice, met with PM Group and Kingspan representatives and participated in Contract Signing Ceremony with Realtime Technologies, BookAssist and Portwest companies. In the evening he attended a Trade Dinner with Czech Deputy Minister of Foreign Affairs, Martin Tlapa.

On 14 June the Minister met with representatives of the Czech Irish Business and Cultural Association and with Czech State Secretary for EU Affairs, Aleš Chmelař.