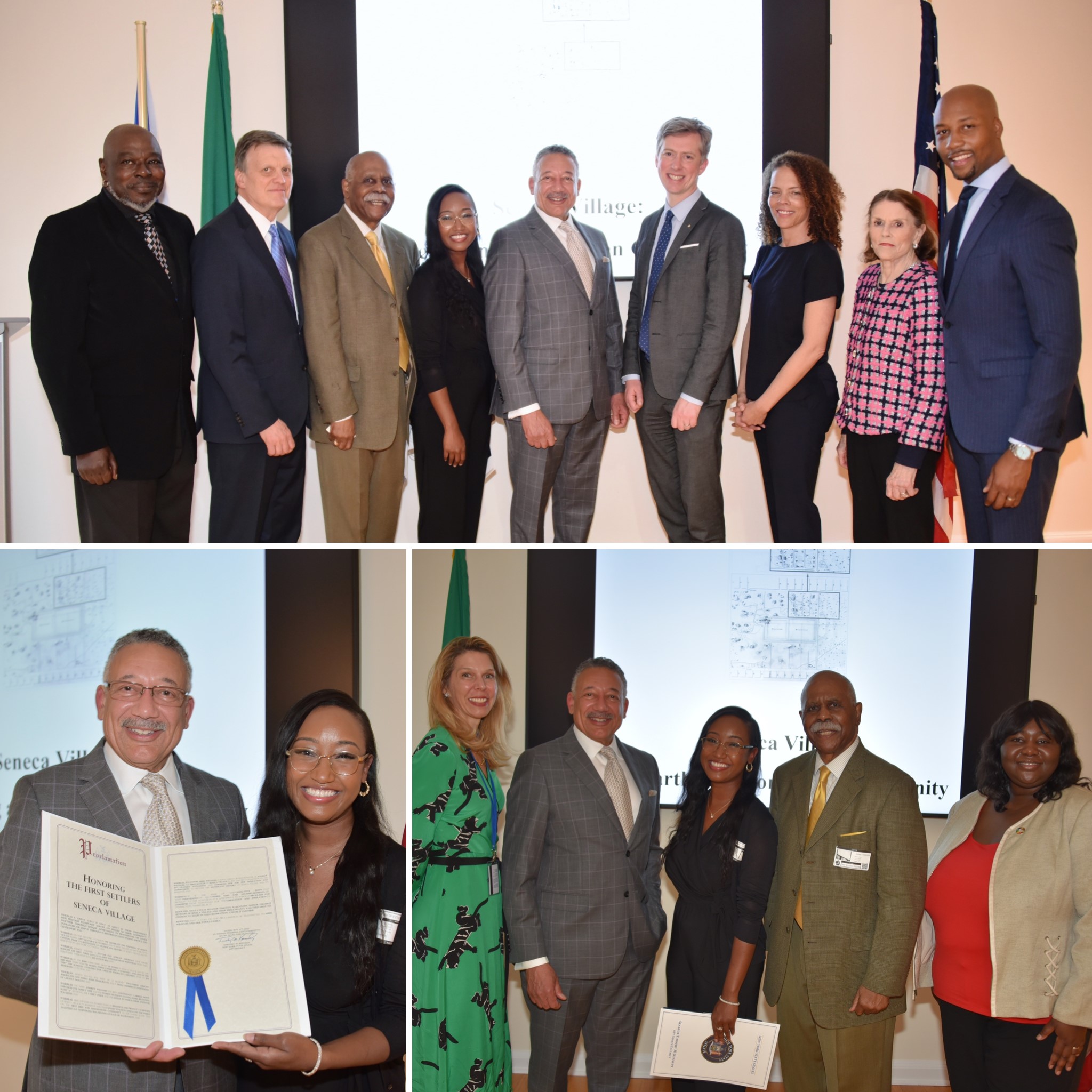 On Wednesday, 4 May, the Consulate hosted the African American Diaspora Network for an evening in celebration of Seneca Village, a 19th century settlement of African Americans and Irish Americans in New York City.

Professor Meredith Linn of Bard College spoke about her research into Seneca Village, which was the largest community of free African-American property owners in pre-Civil War New York. Irish immigrants began to settle in Seneca Village in the 1840's, and the community thrived until 1857, when the settlement was destroyed to make way for New York's Central Park.