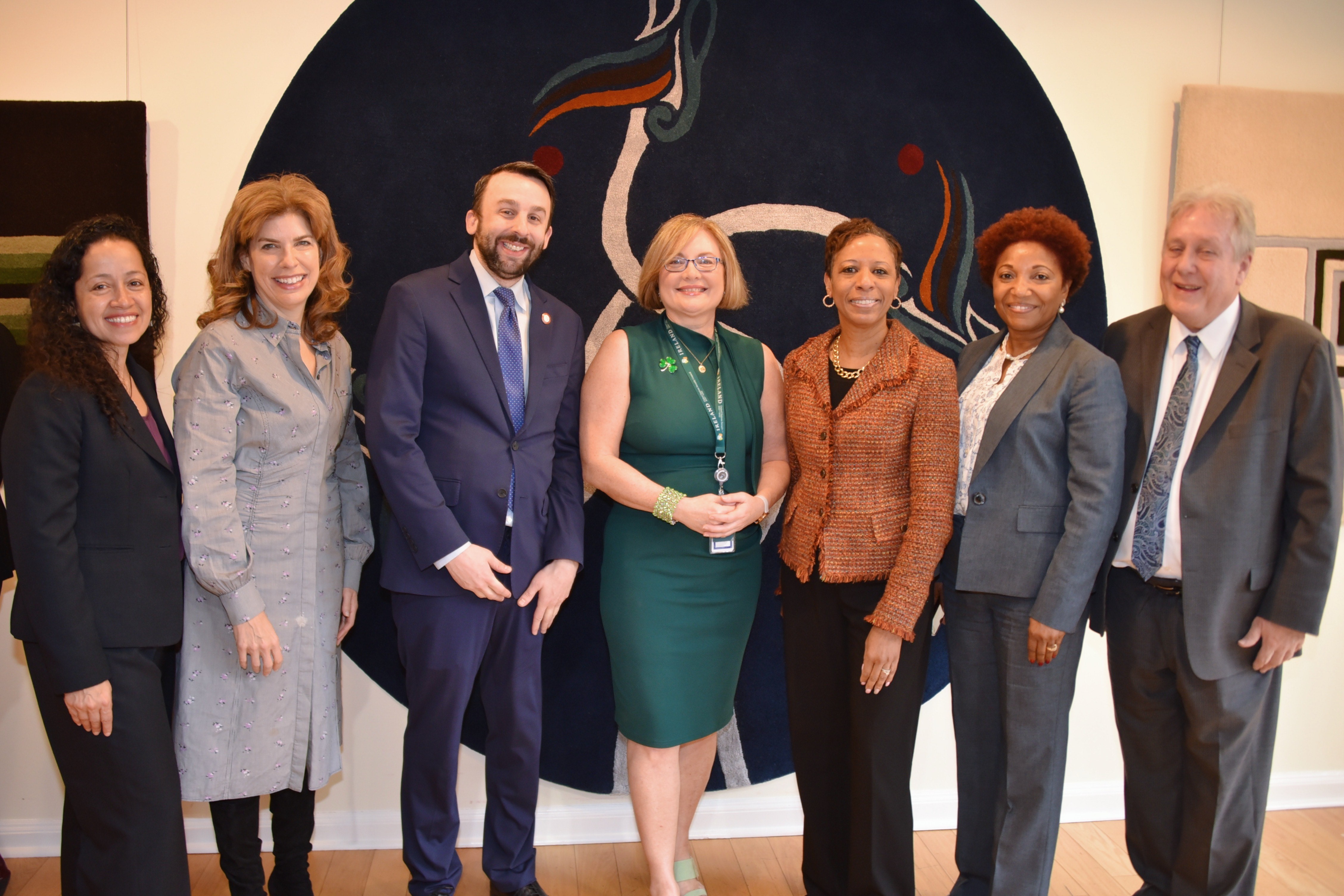 Consul General Helena Nolan hailed New York's most representative City Council in its history as she hosted new members of the City Council at a lunch on Thursday March 31.

"We are excited to partner with you as we go forward together and I want to thank you and all the Council members for the support you are already giving to the Irish and Irish American citizens in your districts, not just on Saint Patrick's Day but all year long," Consul General Nolan told assembled guests, including Speaker Adrienne Adams, Council Members Gale Brewer, Keith Powers, Mercedes Narcisse, Alexa Aviles and others, and former Council Member Danny Dromm.

Consul General Nolan congratulated the new members on their election and thanked them for their efforts in support of Irish and Irish American citizens.

Addressing guests, she drew comparison between the changing Council and a changing Ireland:

"Ireland now is also a much more diverse and inclusive society, almost 20% of the population of Ireland was not born in Ireland and a similar number born in Ireland are living overseas. This exchange reinforces the creativity and innovation for which Ireland has become known, it increases mutual awareness and enriches our culture, just as it has done here in New York for centuries."

City Council Speaker Adrienne Adams thanked the Consulate for taking the initiative to welcome new members and forge new links with city representatives. She also reflected on the historic change in the Council's composition:

"I am thrilled to lead this Council of women and of men who get it," she said. "Finally there is a representative in every corner of the city that looks like the constituency that brought them there in the first place. I think we have got it right in New York–finally every girl can see that she too can be heard and she too can see herself where the decisions are made."

Adams is the first-ever African American Speaker. Elected to the City Council in November 2017, she is also the first woman to represent District 28, which encompasses the Queens neighborhoods of Jamaica, Richmond Hill, Rochdale Village, and South Ozone Park.

Adams' election is one of a series of political firsts for New York in recent times. In August, Kathy Hochul was sworn in as New York's 57th Governor, the first woman to hold the state's highest office, and in January, Keechant Sewell became the first female commissioner of the NYPD.