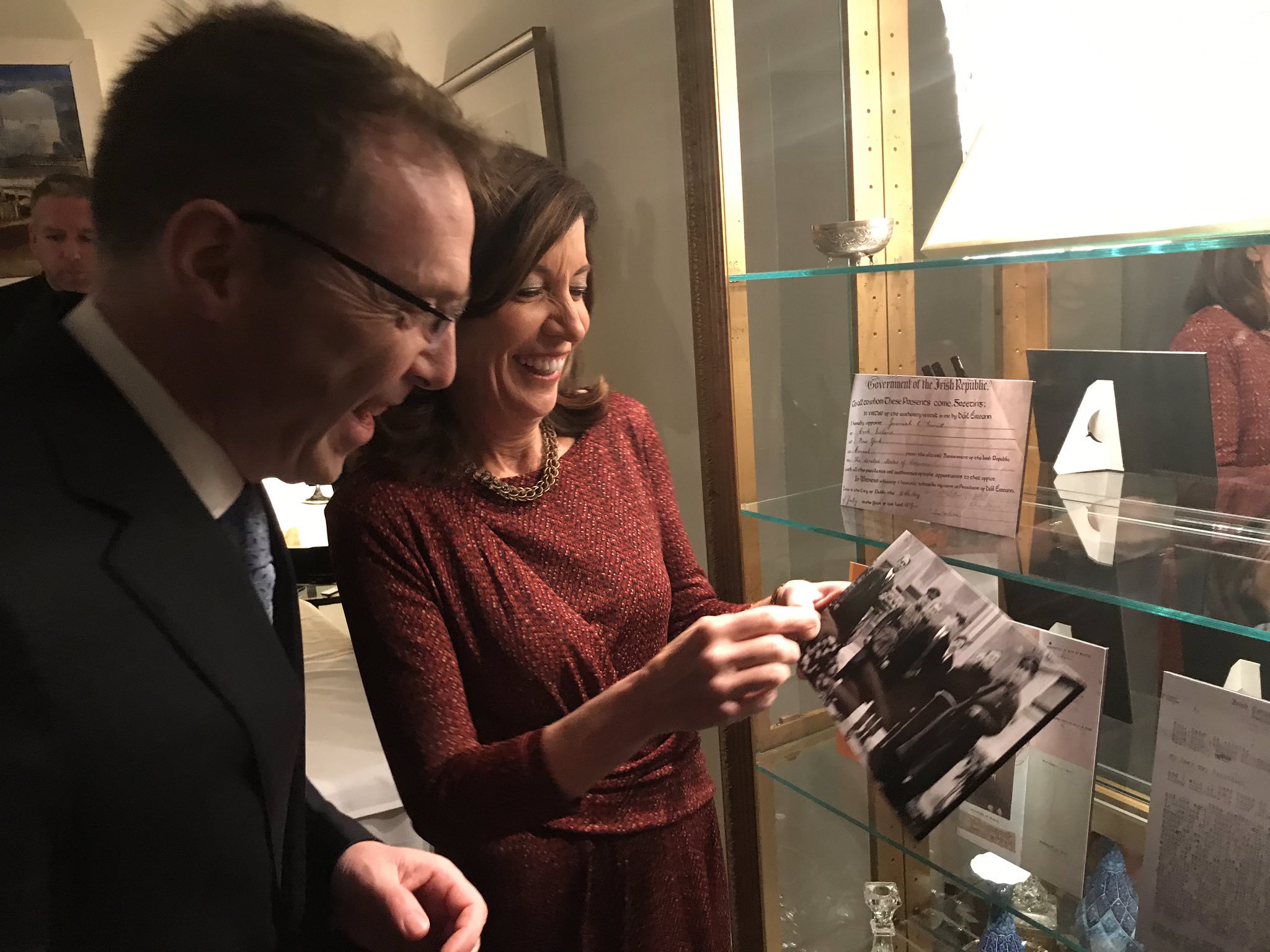 Consul General Ciarán Madden marked 100 years since the sending of the first Consul General from Ireland to New York, Jeremiah (Diarmaid) L. Fawsitt, at a reception at his residence on 21 November. A number of descendants of the first Consul were present, including his great-grandson, Minister for Housing, Planning and Local Government, Eoghan Murphy T.D. The Lieutenant Governor of New York, Kathy Hochul and New York Assemblymember Mike Fitzpatrick attended the evening, which saw a performance of The Forgotten Man, a short piece written by another of the first Consul’s greatgrandsons, Colin Murphy as well as a presentation of research on J. L. Fawsitt’s life and career by his grandchildren, Julitta Clancy, Ronan Fawsitt and Willie Fawsitt.

Diarmaid [Jeremiah] L. Fawsitt (1884-1967) was the first Consul of the Irish Republic to the USA (1919-21), where he worked to strengthen the direct commercial relations of the two countries and to develop of a market throughout the US for Irish-made goods and produce. One of his achievements was the establishment of the first direct passenger and cargo services by U.S. Government steamers between America and Ireland. The first Irish Consulate offices were at 280 Broadway, an historic building which now serves as the central offices for the New York City Department of Buildings. 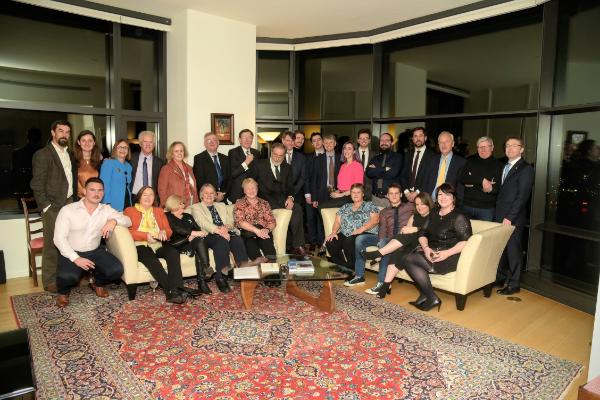