On the evening of October 25th, the Consulate hosted a reception at Rockland GAA to celebrate the hard work and accomplishments of the three New York Féile teams who travelled to Ireland for the John West Féile Peile na nÓg earlier this year. 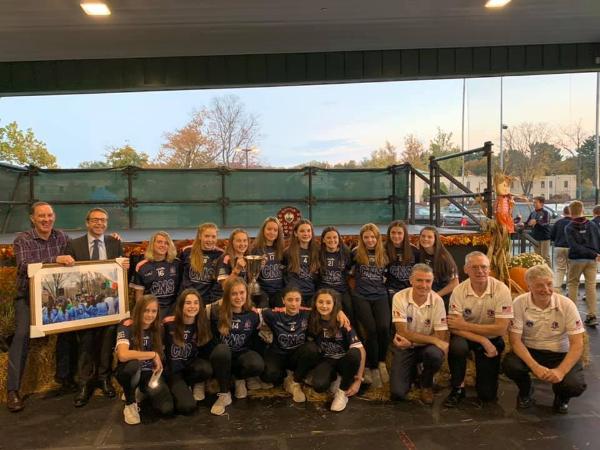 The tournament marked a major milestone for New York GAA with the Boys Team successfully capturing the Boys Division 1 Shield Competition and the Girl’s Team bringing home the Division 2 Cup. 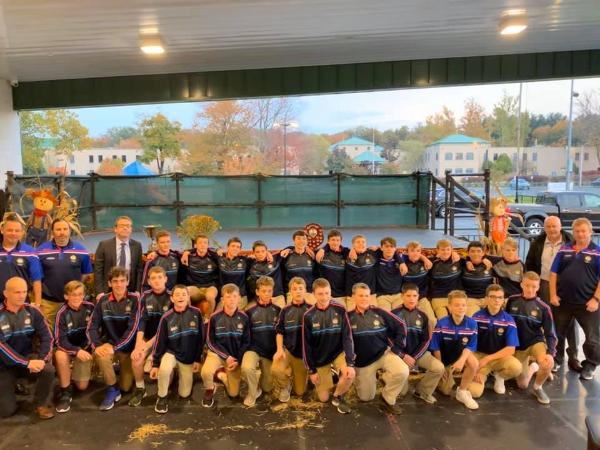 Tiernan McLoughlin from the Boys Football team, Fiona Treanor from the Girls Football team, and Lorcan Kennedy from the Feile Hurling team each gave a few words to thank all the parents, coaches, and organisers who made it possible to travel to Ireland for the tournament – as well as to congratulate their teammates on a job well done. 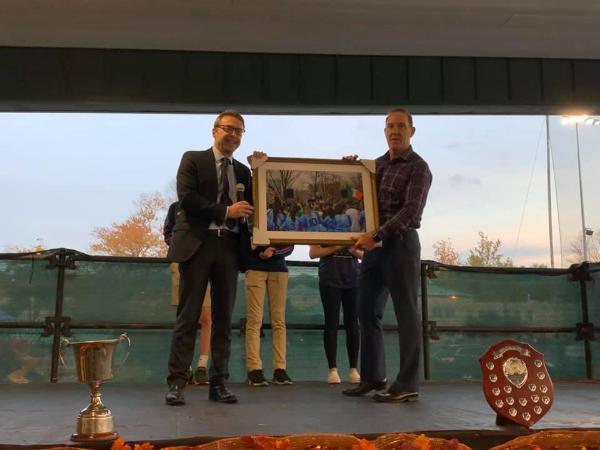 Consul General Ciarán Madden presented Club President Joe McGirl with a photograph from President Michael D. Higgins’ visit to Rockland last year to thank the organisation for its continued hospitality and to underscore the very important work done by Rockland and its fellow GAA organizations in the area.