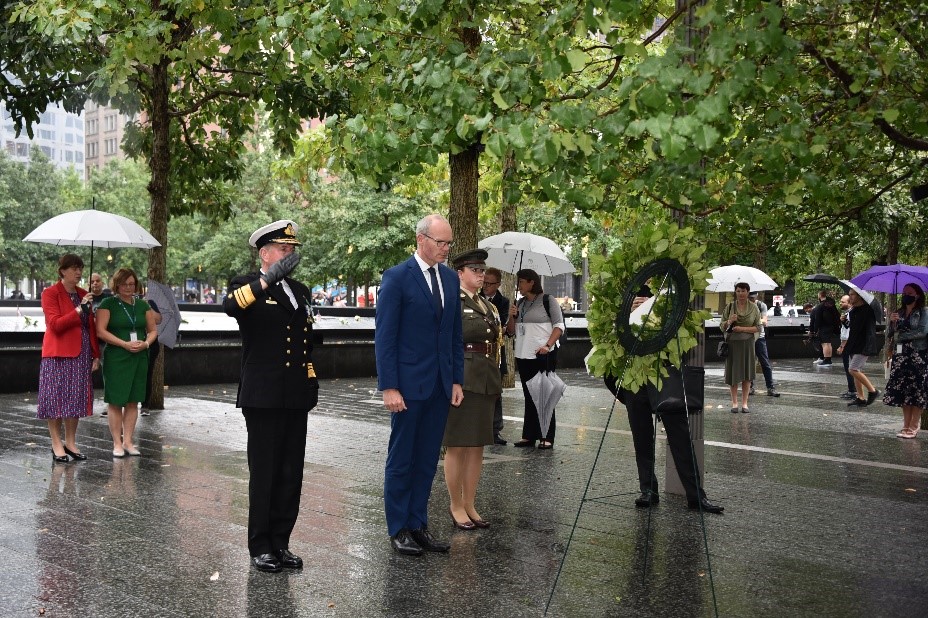 He was greeted by 9/11 memorial staff and Seán Egan, who lost his father - FDNY Captain Martin Egan - in the attacks on September 11th. Seán, who is a co-founder of the 9/11 Memorial & Museum Visionary Network, showed the Minister the inscriptions of the names of the 2,977 victims of the attacks, including his own father.

Captain Egan, who joined the Fire Department in 1986, was a member of the department’s Emerald Society, a fraternal organization for members of Irish heritage. He was born on Staten Island and was among the first responders on 9/11. He was 36.

Minister Coveney laid a wreath at the ‘Survivor tree’, a pear tree that was discovered in the ruins of the attack, nursed back to health and placed at the memorial in 2010. 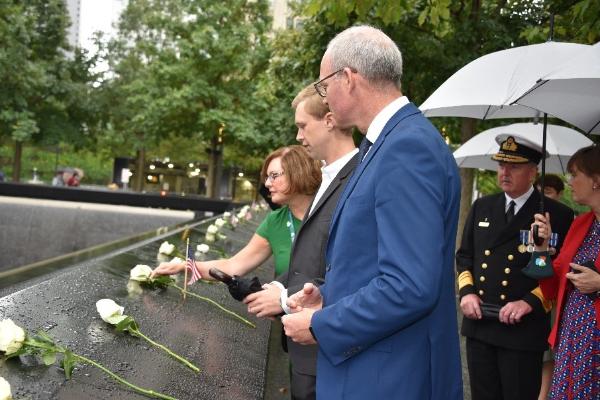 The Minister toured the museum after stopping to read the names of Irish people who lost their lives in the tragedy, including 46-year old Cork native Ruth Clifford McCourt. Ruth, a Boston-based business-owner, and her four-year-old daughter, Juliana, were among the passengers aboard United Flight 175.

“Visiting the 9/11 memorial today, 20 years after the tragic loss of so many lives, was an incredibly moving experience. So many Irish and Irish-American people were affected by the events of that day, including many from the emergency services who were the first to respond when the attacks took place.”

“I wanted to come here and remember those people, and the loss felt by their family and friends. This beautiful Memorial will help ensure that we never forget those who lost their lives that day.”

Minister Coveney was joined at the Memorial by Consul General of Ireland, Helena Nolan, and Vice Admiral Mark Mellett, Chief of Staff of the Irish Defence Forces. 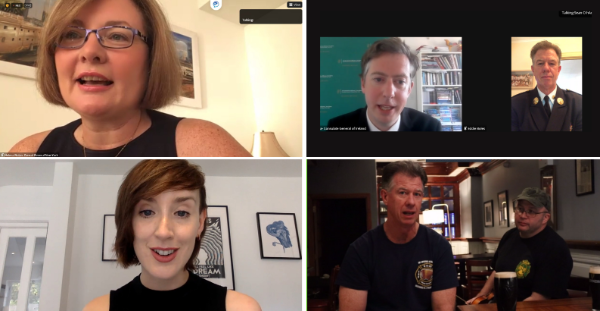 The Consulate General of Ireland organised a series of events to mark the 20th anniversary, including yesterday’s First Friday virtual event, which featured FDNY Battalion Chief Eddie Boles and fellow firefighter Denny McCarthy (Engine 67), who recorded a special tribute to FDNY members lost on Sept 11, 2001 and since. The full video is available to view on the CGNY Facebook page.

“We wanted, here in the Consulate, to find an appropriate way to mark this 20th anniversary, to acknowledge the courage and the community spirit, the role of the first responders and the generosity of the people of this great city, in the aftermath of such a terrible event.”

“At times of heightened emotion, including loss and suffering, poetry can be a great solace and a comfort and so, we decided to commission a new poem for this occasion, in honour of the Chaplain of the New York Fire Department, Fr Mychal Judge, and as a tribute to all the First Responders.”

The Consulate also commissioned a poem by Jessica Traynor in honour of Fr Mychal Judge and all first responders on 9/11. Text below and on Irishtimes.com.

It’s September.
Life tilts towards equinox,
ushers us towards nightfall.
When girders fold like paper,
when glass evaporates,
and the road cracks its jaws,
whose hands still clasp?
What voice calling, faint,
through choking dust
finds the right ear?
When it gets dark,
consider what still holds –
the way gum loves a bus seat,
cat fur a funeral suit,
how rhizomes weave
blind webs to cradle earth.
Against what odds do atoms
conspire to keep us afloat
in a world where
the surfaces we trust
betray us again and again?
And against what odds
do we meet here,
with our thin skins
and fragile bones,
to ask each other this?

Commissioned by the Consulate General of Ireland in New York in honour of Father Mychal Judge and all first responders, on the 20th anniversary of 9/11